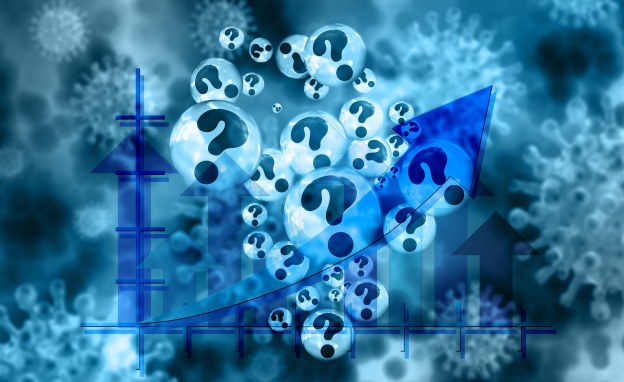 Despite the almost miraculous development of effective vaccines against COVID-19 in 2020, the virus continued to spread and mutate throughout the last year, with much of the blame placed on a lack of effective global collaboration as a key reason for the prolonged pandemic. 2021 also saw the launch of a UN-backed programme to help developing countries protect their populations against the virus, and steps were taken to prepare for future global health crises.

The UN could have been forgiven for saying ‘I told you so’ when it became clear in November that a fast-spreading COVID-19 variant, named after the Greek letter Omicron, was a cause for concern, seemingly spreading far more quickly than the dominant Delta variant.

But whilst the fears were understandable, the arrival of Omicron shouldn’t have been a surprise, given the consistent warnings from the UN that new mutations were inevitable, given the failure of the international community to ensure that everyone, not just the citizens of wealthy countries, are vaccinated.

Briefing journalists in mid-December, the WHO chief Tedros Adhanom Ghebreyesus, warned that Omicron was “spreading at a rate we have not seen with any previous variant… Surely we have learned by now, that we underestimate this virus at our peril.”

In January, António Guterres, the UN Secretary-General, was already lamenting the self-defeating phenomenon of “vaccinationalism”, with many countries unwilling to look beyond their own borders when it comes to inoculations.

The head of the World Health Organization in Africa, Matshidiso Moeti, condemned “vaccine hoarding” which, he said, would only prolong and delay the continent’s recovery: “It is deeply unjust that the most vulnerable Africans are forced to wait for vaccines while lower-risk groups in rich countries are made safe”.

At the same time, WHO was prophetically warning that the longer it takes to suppress the spread of COVID-19, the greater the risk that new variants, more resistant to vaccines, emerge, and Tedros described the unequal distribution of vaccines as a “catastrophic moral failure”, adding that “the price of this failure will be paid with lives and livelihoods in the world’s poorest countries”.

As the months went by, the WHO continued to ram home the message. By July, with the emergence of the Delta variant, which became the dominant form of COVID-19, and the grim milestone of four million deaths attributed to the virus (this had risen to five million just four months later), Tedros pinned the blame squarely on a lack of equitable vaccine production and distribution.

In an attempt to support the most vulnerable, WHO spearheaded the COVAX initiative, which is the fastest, most coordinated, and successful global effort in history to fight a disease.

Funded by richer countries and private donors, who have raised more than $2 billion, COVAX was launched in the early months of the pandemic, to ensure that people living in poorer countries would not be left out, when successful vaccines came onto the market.

The rollout of vaccines to developing countries via the COVAX initiative, began with Ghana and Côte d’Ivoire in March, and Yemen, a war-torn country in desperate financial straits, received its first batch of vaccines in March, a moment health experts described as a game-changer in the fight against COVID-19. By April, batches of vaccines had been sent to more than 100 countries via COVAX.

However, the problem of vaccine inequity is far from solved: the WHO announced on 14 September that more than 5.7 billion vaccines doses had been administered globally, but only 2 per cent had gone to Africans.

As well as directly affecting the health of millions of people around the world, the pandemic has had many knock-on effects, from the treatment of diseases, to education and mental health.

Cancer diagnosis and treatment, for example, was severely disrupted in around half of all countries; over a million people have missed out on essential tuberculosis care; widening inequalities prevented those in poorer countries from accessing AIDS services; and reproductive services were upended for millions of women.

UN agencies believe that, in South Asia alone, severe disruptions in health services due to the COVID-19 pandemic may have resulted in an additional 239,000 child and maternal deaths last year, whilst in Yemen, the deepening impact of the pandemic have led to a catastrophic situation in which a woman dies in childbirth every two hours.

A heavy toll on children

In terms of mental health, the last year has had a major impact worldwide, but the toll has been particularly heavy on children and young people. The UN children’s agency (UNICEF) revealed in March that children were now living a “devastating and distorted new normal”, and that progress has gone backwards across virtually every key measure of childhood.

Children in developing countries have been particularly affected, with rates of child poverty estimated to have risen by around 15 per cent: an additional 140 million children in these countries are also projected to be in households living below the poverty line.

As for education, the effects have been devastating. 168 million schoolchildren worldwide missed out on almost a year of classes since the beginning of the pandemic, and more than one in three, were unable to access remote learning, when schools were closed.

UNICEF reiterated its message from 2020 that school closures must be a matter of last resort. The agency’s chief, Henrietta Fore, said in January that “no effort should be spared” to keep children in school. “Children’s ability to read, write and do basic math has suffered, and the skills they need to thrive in the 21stcentury economy have diminished”, she declared.

In August, following the Summer holidays, UNICEF and WHO issued recommendations for a safe return to the classroom, which included making school staff part of nationwide coronavirus vaccination plans, and for the immunization of all children aged 12 and above.

Alongside calls for greater vaccine equity during the year, the UN repeatedly drove home the importance of devising a new way to respond to future pandemics, citing the patent failure of the international response to COVID-19.

A series of meetings were convened by the WHO, involving scientists and policymakers, and in May, the creation of an international hub for pandemic control in Berlin was announced, aimed at ensuring better preparedness and transparency in the fight against likely future global health threats.

In July, the G20 group of the world’s biggest economies published an independent report on pandemic preparedness, which concluded that global health security is dangerously underfunded.

The panel’s co-chair, Singaporean politician Tharman Shanmugaratnam, noted that COVID-19 was not a one-off disaster, and that the funding shortfall meant that “we are consequently vulnerable to a prolonged COVID-19 pandemic, with repeated waves affecting all countries, and we are also vulnerable to future pandemics”.

However, the year has ended on a positive note with regards to international collaboration: at a rare special session of the WHO’s World Health Assembly at the end of November, countries agreed to develop a new global accord on pandemic prevention.

WHO chief Tedros acknowledged that the there is still a heavy workload ahead but he hailed the agreement as a “cause for celebration, and cause for hope, which we will need”.