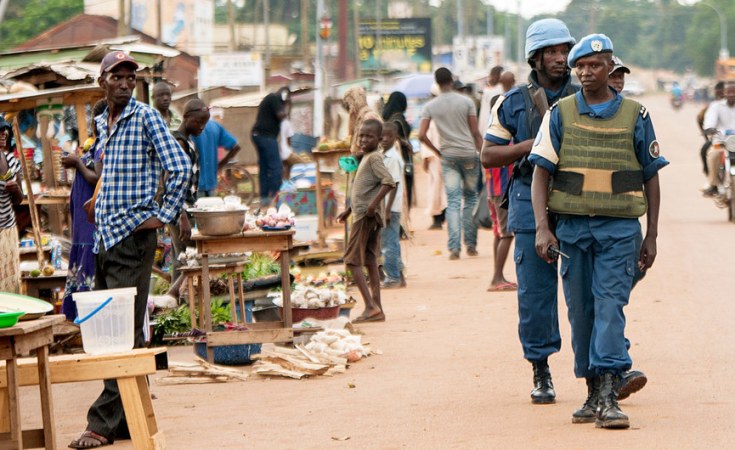 Five civilians and a soldier were killed in the latest attack by armed groups in the Central African Republic, a local official said Monday.

“The toll is five civilians killed, one Central African soldier and one rebel,” Sembetanga said, blaming the powerful 3R (Return, Reclamation, Rehabilitation) group, which is active in the northwest of the country and mainly made up of the Fulani ethnic group.

The news came hours after a report that 15 civilians had been killed in the central east of the former French colony on 6 and 7 December.

The United Nation’s MINUSCA mission in CAR said Monday that others had been mutilated in that attack some 400 kilometres east of Bangui, and that some 1,500 people had been forced from their homes.

The organisation added it had evidence of “cases of amputation, extortion and destruction of homes and the displacement of upwards of 1,500 people”, pointing the finger of blame at a mainly Christian and animist militia known as the anti-Balaka.

One of the poorest countries in the world, CAR descended into conflict in 2013 when then president Francois Bozize was ousted by a rebel coalition, called the Seleka, drawn largely from the Muslim minority.

The coup triggered a sectarian bloodbath between the Seleka and anti-Balaka forces.

Touadera won re-election, and his army has now reconquered the lost territory — the UN and France say with key support from Russia’s Wagner private security group — as well as crack Rwandan troops.

Touadera on 15 October decreed a unilateral ceasefire with a view to opening a dialogue with armed groups. The main groups responded by announcing they would abide by the truce.

But on 28 November, some 30 civilians and two soldiers were killed in an attack in the northwest which authorities blamed on the 3R group.

Read or Listen to this story on the RFI website.