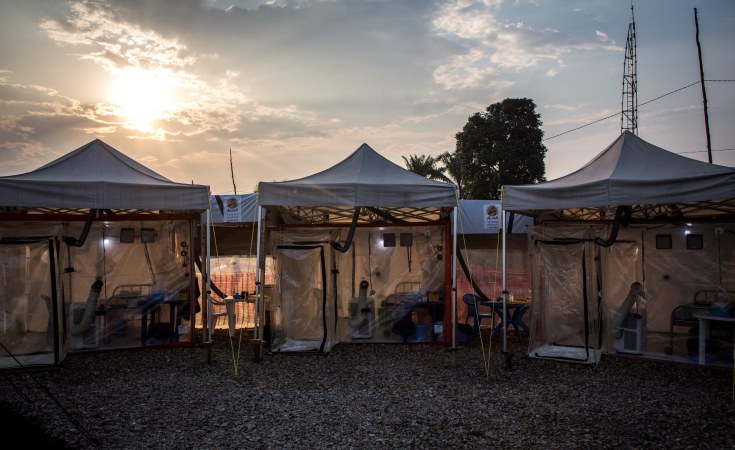 The Democratic Republic of Congo’s health authorities have declared a new Ebola virus outbreak in Equateur Province on Monday – its third since 2018. With help from the World Health Organization, it has identified more than 100 contact cases.

WHO says those who came into contact with the 31-year-old man from Mbandaka are being closely monitored; vaccinations will start later this week. The man has since died after experiencing symptoms earlier this month.

He had been admitted to an Ebola health care facility on 21 April, but died later that day.

Authorities are trying to trace the source of the outbreak.

“Time is not on our side,” said Dr Matshidiso Moeti, WHO’s Africa director.

“The disease has had a two-week head start and we are now playing catch-up. The positive news is that health authorities in the Democratic Republic of the Congo have more experience than anyone else in the world at controlling Ebola outbreaks quickly.”

In fact, Congo has been through 14 outbreaks of the virus.

Vaccines to the rescue

Congo has a stocks of the rVSV-ZEBOV Ebola vaccine in Goma, in the east, and Kinshasa, the capital, which will be sent to Mbandaka shortly.

Healthcare professionals will use ‘ring vaccination’ strategy, where anyone in immediate contact with the afflicted person will be vaccination, and then their contacts, and so on.

“Many people in Mbandaka are already vaccinated against Ebola, which should help reduce the impact of the disease,” said Dr Moeti. “All those who were vaccinated during the 2020 outbreak will be revaccinated.”

Ebola is frequently a fatal virus, killing humans and primates. Patients survival rates have increased since the vaccine was developed–fatality rates vary from 25 percent to 90 percent in the past.