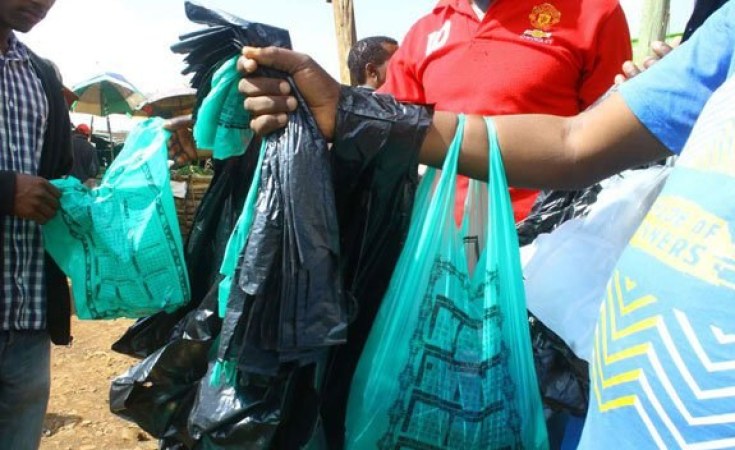 Tema — The Principal Dietician at the Diet Therapy Unit of the Tema General Hospital, Mr Prime Baidoo, has suggested the use of calico, a cotton material to cover food when cooking to retain steam and improve cooking, which he said was safer and enhance cooking time.

According to him, the practice in most Ghanaian homes in which polythene bags were used in cooking to retain steam and heat was dangerous, saying this could cause cancer and infertility.

Speaking to the Ghanaian Times in an exclusive interview yesterday, Mr Baidoo said this is because when polythene was heated, it released bisphenol A, a harmful carcinogen which when combined with food and consumed would affect the hormones and cause cancer.

According to the dietician, it was common practice for some people when cooking foods like rice, cassava among others, to cover the utensil with polythene to retain steam in order to reduce cooking time. Yet, some others wrap Kenkey in polythene and cover it with leaves before cooking to achieve the same effect, but these ways of cooking introduce dangerous chemicals into the food.

Mr Baidoo expressed concern about how some school children ate food such as waakye, rice and beans and porridge in polythene bags with some mistakenly chewing bits of the polythene along with the food which could create health problems for them in future.

In the light of that, the principal dietician advised parents to provide their wards with portable metal and wooden bowls(better still canteen set) when going to school so that they do not eat their waakye, rice and beans or porridge in polythene bags.

He also expressed concern about the introduction of processed foreign spices, seasoning and additives that feed a lot of salts, sugars and unfamiliar up taste into food by food vendors to the detriment of the health of the people.

Mr Baidoo cited a case in point where ‘koose’, a rich Ghanaian recipe made from whole beans, is now being adulterated by some people who remove the outer fibre that contain vital essential nutrients and mix it with some processed additives, making the product soak up a lot of oil when fried.

Mr Baidoo urged Ghanaians to as part of their yearly health review visit their nutritionist or clinical dietician to assess their weight and receive counseling on their meal plans to ensure healthy growth and development.