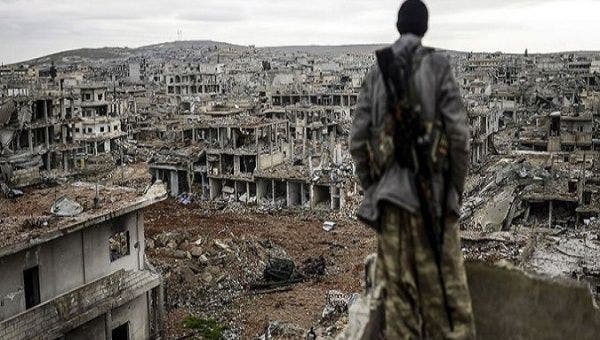 The Western-backed overthrow of Muammar Gaddafi ushered in a period of political instability and violence that continues to this day.

February 17, 2011 marked the beginning of the “Libyan War,” a conflict in which the United States and Western countries used the North Atlantic Treaty Organization (NATO) as a spearhead to dispute control of territories rich in oil reserves.

After the assassination of this socialist leader, Libya was driven into endless institutional chaos whose first and most obvious expression was the establishment of two governments that claimed legitimacy and tried to control the entire national territory.Similar to other occasions, the NATO intervention was justified by arguing the defense of freedom and democracy. In reality, however, the military operation was aimed at eliminating the military, political, and social forces that were trying to carry on the legacy of the government of President Muammar Gaddafi (1969-2011).

On one side was the Tobruk government. Supported by a branch of the Libyan National Army (LNA) commanded by Khalifa Haftar, this administration was inaugurated on August 4, 2014, to replace the National General Congress and currently controls the eastern part of the country.

On the other hand was the government of the General National Congress (GNC). Led by Islamist politicians, this government controls the western fraction of Libya under the principles of such religion.

In 2014, Haftar ordered the dissolution of the GNC and launched the Dignity military operation against Islamist and jihadist groups in Benghazi City. As a response,the GNC formed the Libyan Dawn coalition, which fought to drive the Zintani forces from their positions in Tripoli

The conflict reached international dimensions when Egypt and the United Arab Emirates bombed the Lybian Dawn positions in Tripoli and the militias in Benghazi, and Qatar and Turkey delivered military supplies to that coalition.

In 2020, businessman Abdelhamid Dbeibah was appointed as Interim Prime Minister for a one-year transitional government thanks to a U.N.-backed peace process, which sought to unify institutions and lead the country to legislative and presidential elections on Dec. 24.

However, preparations for the vote fell apart over disagreements about the elections’ procedures, including the eligibility of some candidates. After the election process unraveled, the Parliament set up a political roadmap committee to look at what to do next.

This committee presented its report to parliament on Jan. 24, saying it would take about nine months to prepare for a new election to avoid fraud and ensure security. It also proposed a vote in parliament on Tuesday to elect a new prime minister. Since January, armed forces have mobilized around Tripoli, where citizens fear that any dispute over the government will trigger clashes.

“The situation has worsened even more in recent days, and it is us, the people, who pay the greatest consequences,” 26-year-old citizen Ihad Doghman lamented, nearly a third of Libyans live below the poverty line because of insecurity.

“I wish I felt that my life was not in danger every time I left home, to have a decent job that would allow me to live comfortably, but I know that is far from happening,” he said.

Regrettably, eleven years after the NATO invasion of Libya, this African country remains the scene of conflicts, foreign interference, insecurity, and poverty.