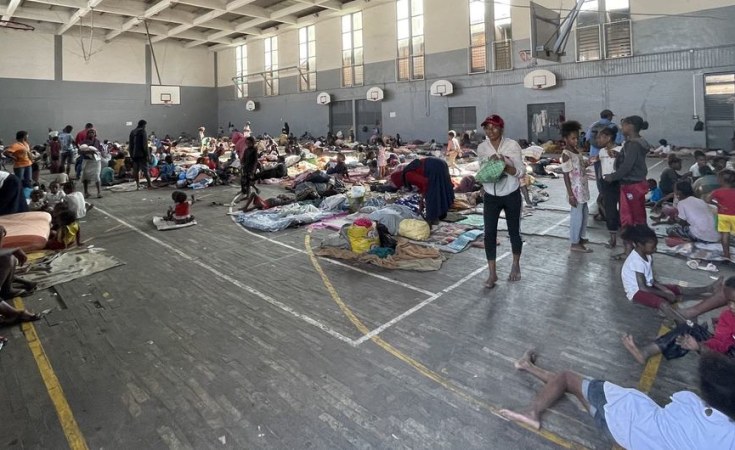 At least six people were killed after Cyclone Batsirai made landfall on Madagascar’s coast, the disaster management agency said Sunday.

Packing winds of 235 km/h (155mph), the cyclone struck the Mananjary district, more than 530 kilometers (310 miles) southeast of the capital Antananarivo on Saturday evening.

Residents of Mananjary, the nearby towns of Manakara and Nosy Varika said the cyclone has caused widespread damage by blowing the roofs off homes, knocking down trees and utility poles.

“The city of Nosy Varika is almost 95% destroyed. The solid houses saw their roofs torn off by the wind. The wooden huts have, for the most part, been destroyed,” Willy Raharijaona, technical advisor to the vice president of Madagascar’s Senate, told Reuters.

Nirina Rahaingosoa, a resident in the town of Fianarantsoa, said: “We saw only desolation: uprooted trees, fallen electric poles, roofs torn off by the wind, the city completely underwater.”

Most land and sea transport was suspended for several hours.

In the eastern coastal town of Vatomandry, more than 200 people were crammed in one room in a Chinese-owned concrete building.

Community leader Thierry Louison Leaby lamented the lack of clean water after the water utility company turned off supplies ahead of the cyclone.

“People are cooking with dirty water,” he said, amid fears of a diarrhea outbreak.

Those who chose to remain in their homes used sandbags and yellow jerrycans to buttress their roofs.

Several hours after Batsirai made landfall, forecasters said the cyclone had weakened, with wind speeds dropping almost by half.

But they warned that floods were still expected due to heavy rain.

Batsirai is the second major storm to hit the island nation in less than two weeks.

Storm Ana caused widespread destruction and killed 55 people when it struck last month. The storm also forced tens of thousands of people from their homes.

The National Office for Risk and Disaster Management said the cyclone would be a threat to nearly 600,000 of the island’s 28 million people.

It has already blown by Mauritius and Reunion, killing at least one person in Mauritius.