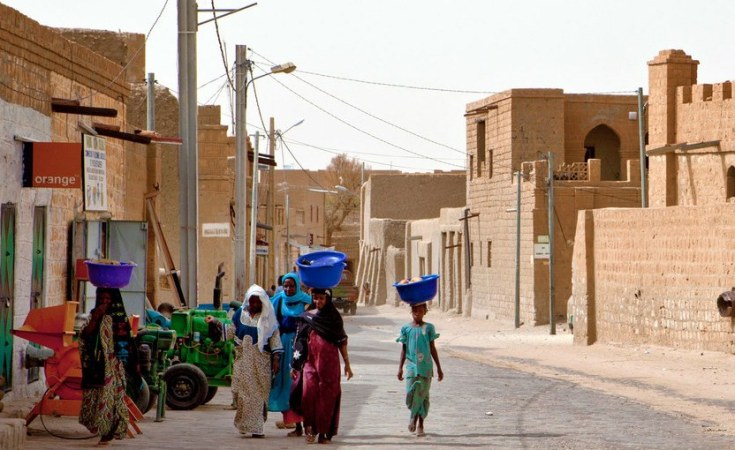 French troops were preparing to leave the Malian city of Timbuktu on Tuesday, in a symbolic departure more than eight years after Paris first intervened against jihadists in the Sahel state.

Local residents fear being abandoned in a situation they see as similar to Afghanistan with the departure of American troops after the Taliban takeover.

Francois Hollande, France’s president at the time, formally declared the start of a military intervention in Mali, known as Operation Serval, designed to root out jihadist insurgents, which later became Barkhane.

“Some people were overcome by emotion, women were crying, young people were shouting, I myself was overwhelmed,” said Yehia Tandina, a Timbuktu television journalist, recalling the day the French forces were greeted as liberators.

Mohamed Ibrahim, the former president of the Timbuktu regional council, also described the day as “joyful” and “beautiful”.

Hollande also described the day French soldiers retook the city as “the best day of his political life”.

Since August 2014, Paris has deployed around 5,100 troops across the Sahel region as part of the Barkhane operation — helping to support local governments and their poorly equipped forces fight an ever-growing Islamist insurgency.

The conflict has spilled over into neighbouring Burkina Faso and Niger, where attacks occur regularly against civilian and military targets.

France’s recent decision to pull troops out of key hubs in Mali has raised questions about the future as militants expand their operations in the countryside.

French President Emmanuel Macron announced a major reduction to the number of French troops in June, after a military takeover in Mali in August 2020 that ousted the elected president Ibrahim Boubacar Keita.

France’s military deployment in the Sahel is due to fall to about 3,000 troops by next year.

French forces already left bases in the northern Malian towns of Kidal and Tessalit in November.

Whether France’s mission can be described as a military success to date is a sensitive question.

Outside the city, locals appear to have come to terms with the jihadists, said security officials and Western diplomats.

An acceptance of their legitimacy, at least among locals, may have also decreased violence.

Still, Westerners cannot travel outside the city without an armed escort.

The central government in Bamako, which is supported by the UN inside the city, is largely invisible in the countryside, where local people fear the consequences of a French pull-out.

“It’s really not the time for the French army to leave Timbuktu,” he told a reporter from France Info.

“They should wait awhile. People are scared, they don’t know what is going to happen afterwards.”

Residents hope they won’t be abandoned. Despite protests in Bamako in favour of a French departure, the same does not go for places like Timbuktu, in the centre of the vast country. Here the situation has been compared to Afghanistan where American troops pulled out in August after the Taliban takeover.

Among those concerned are the people in charge of preserving historical and cultural sites, like Al Boukhari Ben Essayouti. He fears jihadists belonging to the Wahhabism radical branch of Islam will desecrate local mausoleums and mosques as they did in 2012.

He explains that Timbuktu adheres to the more moderate Sufism branch of Islam, seen as heathens by the Wahhabis.

“If Barkhane leaves, the door will be open for all sorts of problems,” he told the France Info team in November.

Like others, in particular women, he also fears the return of the strict sharia islamic law which includes punishments such as whippings and amputations.

Fadimata Tandina Touré, a teacher of history and geography says the local people are afraid that the Malian army is not up to the task of protecting the citizens once the French leave.

She says it’s too soon for the operation to end and compares the French departure to a builder who is leaving his clients with an unfinished house.

Translators who previously worked for the army are also worried, as they will lose vital employment, and are also afraid of being found out by the jihadists who will consider them traitors. Many of them have hidden their work from the families to protect them.

“We can play music today, thanks to the presence of Barkhane,” professional musician Chaibani Coulibaly says in the France Info report.

“It’s frightening to think that if the jihadists come back, we won’t be able to do that. They don’t like music or dancing,” he says, adding that last time they stopped the radio broadcasts.

Most jihadists in the region are affiliated to al-Qaeda. In their propaganda, they boast that they control the territory and have won the hearts of locals.

In some rare cases, this is true, for example, this Timbuktu resident, who declined to be named, told AFP many people prefer to use the Islamic court system rather than the official one.

One Islamic judge, Houka Houka Ag Alhousseini, remains active in the area despite figuring on a United Nations sanctions list for having worked in a similar capacity during the jihadist occupation of Timbuktu.

On a political level, Mali is also facing a period of instability, having been through two coup d’états in the space of a year.

Regional body Ecowas this week threatened further sanctions if the military government in charge, under Assimi Goita, does not adhere to holding elections by February 2022.