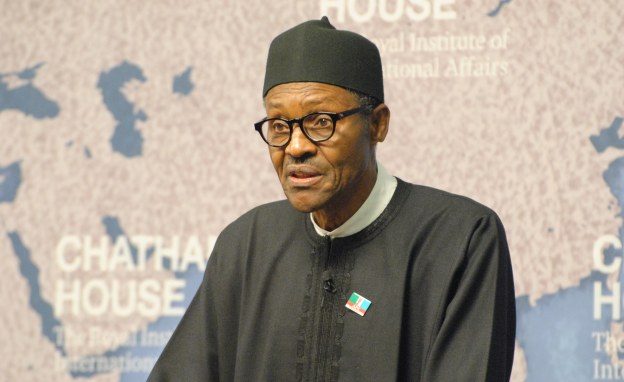 Mr Buhari, last week, declined assent to the Electoral Act Amendment Bill, 30 days after it was transmitted to him by the legislature on 19 November.

The Presidency says it is unlikely that the National Assembly will override President Muhammadu Buhari’s veto on the Electoral Act Amendment Bill because of party allegiance.

A presidential spokesperson, Femi Adesina, in a one-on-one interview with “Sunday Politics”, a programme on Channels TV, said that it would be irresponsible of the All Progressives Congress (APC) lawmakers to do so contradict Mr Buhari’s stance on the controversial bill.

APC, the president’s party, controls the majority in both the Senate and the House of Representatives.

Mr Buhari, last week, declined assent to the Electoral Bill, 30 days after it was transmitted to him by the legislature on 19 November.

Due to the controversial direct primaries clause therein, Mr Buhari, believed to have been influenced by state governors, turned down the bill.

He cited insecurity, the cost of conducting direct primaries and infringement on the rights of Nigerians to participate in governance as his reasons for declining assent to the bill.

Some of the lawmakers across party lines, before going on holidays, threatened to veto the president’s decision after resumption in January 2022.

But Mr Adesina downplayed the likelihood of the lawmakers executing their threats, given the fact that the APC has a majority of members in both chambers.

He dismissed the possible resurgence of scenarios where party lawmakers went against the president on crucial matters during the Bukola Saraki-led Senate.

“Well let’s not forget that this National Assembly particularly is made of more than 70, about 80 per cent of APC members and you don’t have a party kicking against itself.

“Well, overriding a veto is part of democracy or is it the expedient thing to do at a particular time? That is the question. That is what the APC will use its majority in the National Assembly to determine. Is it expedient to override the president? If it is not, then what are the other options? That is what needs to be looked at?” he argued.

Also commenting on the Peoples Democratic Party (PDP) Christmas message to Nigerians, where the deplorable state of the country roads was brought into context, Mr Adesina countered the main opposition.

He linked the deplorable state of the country’s roads to the PDP’s negligence and corrupt practices during its 16 years rule.

“Well, let’s start first from the PDP. In the PDP years, there was a year they said N300 billion was voted for Nigeria roads, and they never used it. I didn’t know where the money disappeared to. So they have no right to talk about roads becoming death traps.

“They caused it; they didn’t fix the roads. Roads don’t get degraded in 2,3,4,5 years. It is an accumulation,” the presidential aide said.

Although there were roads constructed by the PDP administrations in those 16 years, Mr Adesina still challenged the party to point to a single road built during its time despite the money earmarked for such projects yearly.

“In all the PDP years, we just want them to point to one single road that they built. They didn’t do anything. They budgeted. They released the money, and they stole it. So it is a culmination of the brigandage of the PDP for 16 years,” he said.