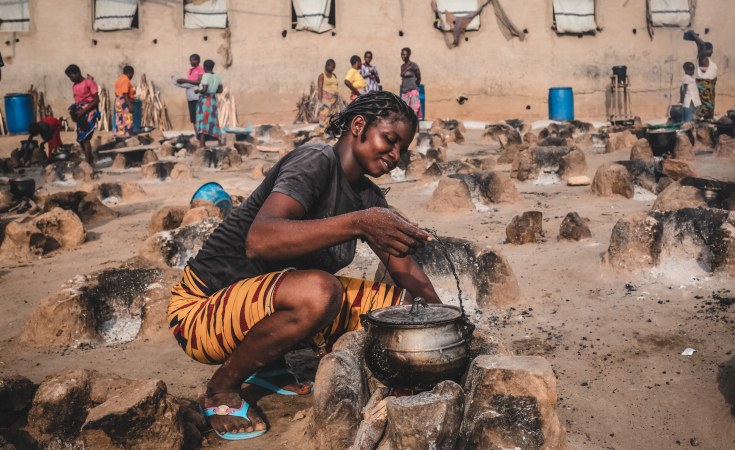 In August 2020, the Borno State government announced and began plans to resettle over 1.8 million displaced people from camps in Maiduguri, the Borno state capital, to other communities across the state where the government said houses and other amenities had been constructed or renovated to accommodate them. This was followed by another announcement in October 2021 that all displacement camps in Maiduguri will be shut down by December 31. But the resettlement and camp closures so far have taken place without adequate notice or information and left many people worse off.

“It is unconscionable to uproot people who have already lost everything to the conflict without dignified and sustainable alternatives,” said Anietie Ewang, Nigeria researcher at Human Rights Watch. “The rights and well-being of displaced people and refugees should be the paramount consideration as the authorities navigate the northeast conflict and its impact.”

The Boko Haram conflict, now in its twelfth year, has displaced over 2.9 million people in Nigeria’s northeast and hundreds of thousands to neighboring countries. Most of the internally displaced people are in Borno State, the epicenter of the conflict, living in host communities and the camps.

Between September 2020 and December 2021, Human Rights Watch interviewed 16 people including 11 displaced people and 5 humanitarian workers involved in helping them, by phone and in person. On December 6, Human Rights Watch also interviewed by phone Bitrus Mshelai, of the Borno State government’s Ministry of Reconstruction, Rehabilitation and Resettlement, which is leading the efforts to relocate people and shut down the camps.

People interviewed said that under the right conditions they want to return to their normal lives in their home communities due to the poor conditions in the displacement camps. But Human Rights Watch found that the authorities’ process for returning didn’t give them adequate time, information, or options to make informed decisions.

People said that various versions of information about the government’s plans filtered through the displacement camps from informal sources. Two people who were moved from Dalori Camp 2 in Maiduguri to Kauwuri in Konduga Local Government Area in September 2020 said they first heard of the government’s plans to resettle them in their home communities on the radio in August 2020. The news was later confirmed by their community leaders in the displacement camp, but they had no further details.

There was no consultation or discussion to prepare them for the move or to tell them about available alternatives. They were returned abruptly to Kauwuri on September 10, 2020, a few days after they were told that that the government would take them there.

Similarly, when the authorities took steps to shut down Bakassi camp in November 2021, they did not consult with displaced people. Three people said that Government officials came into the camps on November 19 at about 3 a.m. to announce that the camps would be closed by the end of November and to hand out tokens that were later exchanged for one-time payments.

A community leader in Bakassi camp, which held about 40,000 people, said that they were given 11 days to leave, until November 30. The International Organization for Migration reported that more than 4,000 people went to other camps or camp-like settings in Gwoza and Mongunu Local Government Areas. But the other 90 percent remain unaccounted for.

Humanitarian workers told Human Rights Watch that people who had been in Farm Center camp had just about seven days to relocate after government officials told them on August 29 that the camp was to shut down on September 4.

Due to the lack of adequate notice, the displaced people were unable to prepare adequately, and many had difficulty trying to figure out their next move. The government provided displaced people in Bakassi and Farm Center camp with a one-time payment – 100,000 naira (US$244) for male and female-headed households, and an additional 50,000 naira ($122) for wives in male-headed households – and in some cases provided some food. Humanitarian workers raised concerns to Human Rights Watch, though, about continued sustenance for those who made their way back to resettlement communities and those who stayed back in host communities and other camps in Maiduguri that are not managed by the government.

People have limited income sources in some resettlement communities. Remaining concerns over security limits access to the farmlands that most people rely on for sustenance. Additionally, reports in early 2021 indicated that only 5,000 of over 100,000 Nigerian refugees in Cameroon had agreed to voluntary return to Nigeria, with some later backing out due to insecurity concerns in Nigeria’s northeast.

On December 8, the Borno State government sent letters to humanitarian groups working in the state to inform them that they will not be allowed to distribute food and non-food items to people who have been relocated to “newly resettled communities” where the government built or renovated houses and other infrastructure for displaced people. The authorities said this was to prompt people’s resilience to avoid poverty by working in the community.

A humanitarian worker who witnessed living conditions in Banki, one of the earlier resettled communities, said that “The letter raises major concerns around the denial of humanitarian needs and obstacles to delivery of humanitarian assistance in places where they are needed.”

Those who decided to stay back in host communities in Maiduguri have used most of the money to arrange for immediate sustenance including housing, which costs up to 35,000 naira ($85) for a room. The community leader who left Bakassi camp after the announcement on November 19 said that he had spent all the money he had to rent two rooms for his family to stay in and he is currently looking for a source of income to continue to support his family.

A technical adviser to the state Rehabilitation, Reconstruction and Resettlement Ministry told Human Rights Watch that the authorities made the decision because of the poor conditions in which people lived and the need for people to go back to their communities and farms to rebuild the state’s economy. He also said that many of the camps are in facilities such as housing estates and schools that the government now needs for post-insurgency activities. And he said that displaced people had various options, including to stay behind in Maiduguri, to return to their ancestral communities, or to move to places where the government had built or rebuilt houses.

The African Union Convention on the Protection and Assistance of Internally Displaced Persons (Kampala Convention), which Nigeria has ratified, requires authorities to consult with internally displaced persons and allow them to participate in decisions relating to their protection and assistance. It also requires the authorities to seek lasting solutions to the problem of displacement by promoting and creating satisfactory conditions for voluntary return, local integration, or relocation on a sustainable basis and in circumstances of safety and dignity.

“The current process of relocation and camp closures falls far short of what is legally and morally required to protect and assist internally displaced persons,” Ewang said. “The authorities should suspend the current process and invest in collective efforts with relevant stakeholders to ensure sustainable, dignified, and durable solutions for those affected.”

Read the original article on HRW.