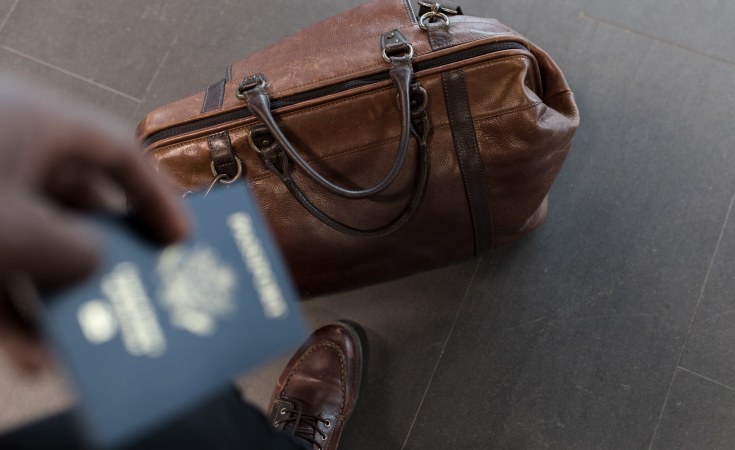 The World Health Organisation (WHO) has said that blanket travel bans would not stop the spread of the variant and could potentially discourage countries from reporting and sharing essential data on Coronavirus.

The Nigerian government has said it is making efforts to ‘diplomatically’ address the travel restrictions placed on the country by the United Kingdom (UK), Canada, Saudi Arabia, and Argentina over the discovery of omicron variant of coronavirus pandemic in Nigeria.’

Speaking during an emergency briefing by the Presidential Steering Committee on COVID-19 on Monday night, the committee’s chairman, Boss Mustapha, hinted of possible resolution of the contradictions within the next week.

He said the committee is working with relevant ministries to address the issues, saying; “While each country is entitled to put in place measures to protect its citizens, Nigeria has similar responsibilities.

However, based on existing relationships, Nigeria has initiated diplomatic steps to make these countries reverse their course. This is ongoing in the interest of all parties concerned and we expect that positive results would emerge within the next one week.”

The new development is contrary to the country’s earlier position pushed by some ministers and members of the national assembly, who had suggested retaliatory actions by the Nigerian government.

Nigeria and some other African nations had been hit with travel bans from western countries since the Omicron variant was first detected in Southern Africa and Hong Kong in November.

The variant has since spread to at least, 57 countries worldwide.

Although Canada was the first to place a travel ban on Nigeria, of more concern is the one imposed later by the UK.

Nigeria became the 11th country to go on the UK’s Red List for international travel over the discovery of Omicron. All nations currently on that list are African in what has been described as “unfair and racists.”

The UK had claimed that 21 cases of Omicron recorded in England were linked to travellers from Nigeria.

Mr Muhammed’s counterpart at the aviation ministry, Hadi Sirika, on Sunday, said he had recommended that the four countries listed above should be placed on a COVID-19 “red list.”

“We have given our input as aviation that it is not acceptable by us, and we recommend that those countries – Canada, UK, Saudi Arabia and Argentina be also put on the red list, just like they did similarly to us,” Mr Sirika said.

Amid criticisms, UK High Commissioner to Nigeria, Catriona Laing, defended the travel ban on Nigeria, insisting it was based on science and not discriminatory.

“I think I can say comfortably, it is not [discriminatory]. When the UK was the epicentre of the Alpha variant, we took some very tough measures ourselves to essentially cut ourselves off and we banned all but essential travels from the UK.

“So, that was a very tough decision for us. The UK has been Red-listed in earlier stages of these variants; I think when the Delta variant took off, we were Red-listed by Austria and by France and Turkey,” she said.

But the World Health Organisation (WHO) has, however, said that blanket travel bans would not stop the spread of the variant, and could potentially discourage countries from reporting and sharing important data on Coronavirus.

“This is ongoing in the interest of all parties concerned and we expect that positive results would emerge within the next one week,” he said.

Omicron was discovered in November further, pushing back hopes of the fight against the deadly pandemic, coming to an end soon.

While there have been previous variants – Alpha and Delta – the discovery of Omicron seems to trigger a more political and diplomatic stance rather than that of public health concern.

Nigeria joined the growing number of countries that have recorded cases of the Omicron variant also known as B.1.1.529 lineage, confirming the discovery of three additional Omicron variant cases about two weeks ago.

The Director-General of the Nigeria Centre for Disease Control (NCDC), Ifedayo Adetifa, who disclosed this, noted that the new cases were detected in persons with recent travel history to South Africa in November.

Mr Adetifa confirmed that through the NCDC, the Nigerian government has been notified by the government of the United Kingdom (UK) of seven cases of Omicron variant detected in travellers from Nigeria.

Meanwhile, the Nigerian Aviation minister said the government has escalated surveillance and control measures around the country and ramped up vaccination, including making booster shots available as part of efforts to curb the spread of Omicron.