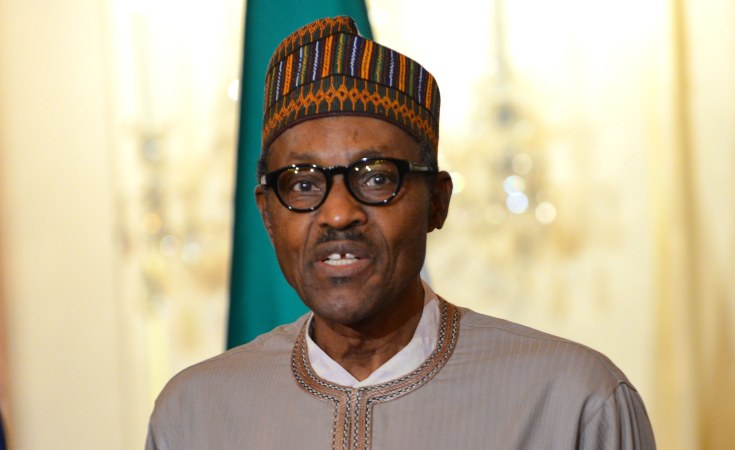 President Muhammadu Buhari has declined assent to the 2021 Electoral Act Amendment bill, stating that signing it into law would cause trouble among the political parties in the country.

Vanguard gathered that the letter of rejection of the bill by President Buhari which had been sent to the Senate President, Senator Ahmad Lawan would be read today at the plenary.

Vanguard gathered that other reasons President Buhari gave include high cost of monitoring the primaries of various parties across the country; marginalisation of small parties; possible litigation; security challenges of monitoring direct primaries, violation of rights of citizens; and possible manipulation of the primaries.

The source said: “With these reasons, the President has returned the bill to the National Assembly, asking the lawmakers to look at the clause that has to do with direct primaries by political parties, work on it and return the document for assent.”

With these, the governors, Attorney-General of the Federation and Justice Minister, Abubakar Malami; and those opposed to direct primaries have had the upper hand in the push to get President Buhari to withhold assent to the Electoral Act Amendment Bill.

Meanwhile, Governor Nyesom Wike of Rivers State, said President Buhari’s refusal to assent the bill was part of a plot by the ruling All Progressives Congress, APC, to rig the 2023 polls, adding that the APC-led National Assembly does not have the capacity to override the president.

According to him, APC leaders are worried over the provision on electronic transmission of results, which would make it difficult to rig election and not direct primaries.

Efforts to get the APC to speak on the issue, last night, did not bear fruits. However, a member of the Caretaker and Extraordinary Convention Planning Committee, CECPC, told Vanguard that the party is yet to see the President’s letter and would issue a detailed response later.

There are indications that the Senate will be turbulent today as Senators take a decision on the issue.

Speaking with Vanguard, yesterday, on condition of anonymity, a Senator said: “We have the number to override Buhari’s veto but with Senator Lawan as President of the Senate, it will be difficult because he operates the Senate as an extension of the Presidency.”

On his part, Senator Matthew Urhoghide (PDP, Edo South), has urged the National Assembly to extricate itself from what he described as public odium and disrespect by going ahead to override President Buhari, noting that the National Assembly has to convince Nigerians it is not a rubber stamp assembly.

Urhoghide said: “We must be reminded that members of the National Assembly are truly the representatives of the people because every Federal Constituency and senatorial district seat is allocated to a segment of the Nigerian people who are their constituents. The members of the National Assembly consulted with a cross section of their constituents to reach an informed position on any matter of national interest and development.

“The issue of direct primaries in our electoral process has been well canvassed, elucidated, and argued by both chambers of the NASS, and inputs were taken at public hearings from across the spectrum of all critical stakeholders.

“Both chambers passed the bill with some little variations in some sections which consequently necessitated the setting up of a Conference committee of five members each from both chambers. At the end of all the deliberations, direct primary was agreed upon.

“The convincing force being that it will ensure total inclusiveness in ensuring internal democracy within the parties in the election of party officials or party administrators at congresses and convention and party flag bearers at party nominations.

“The bane has always been that the greater majority of party members do not have the privilege or right to choose the party’s candidates in elections. Hitherto, it was the exclusive preserve of the power holders or deep pockets who would always want to control the party.

“As we speak today, the whole world has become a global village. Nigeria should endeavour to revolutionise its electoral system to avert bickering and unnecessary disputation that comes with nominations or party primaries.

“In Chile, Gabriel Boric, a 35 years old former student activist has won the run off in the Presidential election because he was truly popular and supported by the people. Less than two hours into counting of the ballots, his much older opponent congratulated him and urged all his compatriots to support his incoming government.

“Nigeria must take a queue by allowing genuine inclusiveness, particularly our young people, who are in excess of 60 per cent of our population. All the devious designs to exclude them will not help us.

“I urge my colleagues in the National Assembly to do the needful by vetoing the bill and make it law. This is not the first time it is happening in Nigeria.

“The NDDC Bill of 2001 was vetoed by NASS under President Obasanjo, who was a PDP president. The NASS should extricate itself from public odium and disrespect by going ahead to override President Buhari who is APC. History stares NASS in the face if indeed it is not a rubber stamp.”

Spokesman of the House of Representatives, Ben Kalu told Vanguard that the House would meet on the matter Tuesday (today).

“The House has not met after the expiration of the 30 days (of sending the bill to the president for his assent). We will be meeting for the first time on Tuesday. It’s then we will know if there is any communication and what the communication says. We will meet over whatever communication that we receive. So, until the House sits, I have nothing to say to you,” he said.

However, Governor Wike, has stated that the National Assembly lacks the courage to override President Buhari’s non-assent to the Electoral Act Amendment Bill, noting that the actual target of the veto was electronic transmission of election results

Wike said the development was part of the APC, scheme to deny Nigerians free, fair and transparent election in 2023, addin that the only way for Nigerians not to repeat the 2015 and 2019 mistakes of voting the APC-led Federal Government into power was to send them packing in 2023.

The governor spoke at the flag-off of Chokocho-Igbodo Road that was performed by Governor Seyi Makinde of Oyo State, yesterday, in Etche LGA of the state, in a statement by his Special Assistant on Media, Kelvin Ebiri, recalled that he had raised concerns that President Buhari would not sign the Electoral Act Amendment Bill into law to give legal impetus to electronic transmission of election results.

He stated that having known the modus operandi, style and strategy of the APC, it was obvious to him and all discerning minds that the clause on direct primaries was inserted into the Electoral Act amendment bill as a ploy for the president to refuse assent to the bill.

According to him, the APC members are afraid that if results are transmitted electronically, they will not survive the 2023 general elections.

Wike said: “Three weeks ago, I told Nigerians that there is a conspiracy not to have a free, fair, transparent election in 2023 and that the conspiracy was very clear. And I told Nigerians, Mr. President will not sign the Electoral Act amendment bill.

“What APC resolved in the meeting they had was that their problem is not necessarily direct primaries, but the electronic transmission of result in 2023. If they allow that, obviously APC will lose the election in 2023 and they told themselves that the only way we can survive that was to include direct primaries in the bill so that Mr. President can use that as an excuse, that he will not sign the bill.”

Wike accused APC governors and their National Assembly members of deceiving Nigerians that they were engaged in a battle of supremacy over the issue of direct primaries, whereas they had secretly agreed to scuttle the possibility of transmitting election result electronically in 2023.

Governor Wike said, unfortunately, the National Assembly does not have what it takes to veto the President’s refusal to assent to the bill.

According to him, lawmakers are not interested in protecting the interest of Nigerians and ensure that elections are free and fair with electronic transmission of election results.

Performing the flag-off, Governor Makinde described Governor Wike as a visionary leader whose pattern of development is creating economic corridor, not only within Rivers State but also linking it up to the neighbouring three states.

Meanwhile, civil society organisations, CSOs, under the auspices of Civil Society Partners on Electoral Reforms, yester-day, called on the National Assembly to halt the passage of 2022 budget until the Electoral Act Amendment Bill was passed into law before Christmas.

The statement reads: “Rise up to the occasion as the representatives of the people, exhibit courage, recall the bill immediately and give it an accelerated passage before Christmas.

“We are asking the National Assembly to step down the consideration of the 2022 Appropriation Act until the electoral bill has been sorted and passed.

“What will be the excuse for transmitting a bill that you cannot override when you have the number and the opportunity? You have everything to lose having come this far, but President Buhari has nothing to lose.”

The CSOs warned that if members of the NASS fail to override the President in the interest of over 200 million Nigerians and for a credible electoral process ahead of 2023 polls, history would judge them harshly.

“We are aware that some governors tried to stop the National Assembly from transmitting the bill but you rejected their overtures; we are aware that the President convened a tripartite meeting of the APC led by Vice President Yemi Osinbajo and you insisted on the bill.

“Why is the leadership of the National Assembly, led by Ahmad Lawan and Femi Gbajabiamila, afraid of overriding the President, despite having deferred to him all these years with nothing to show for it and this last-minute betrayal?

“Today, the 9th National Assembly has the ultimate backing of Nigerians to act and override the President and secure the future of our democracy with the passage of the amended electoral bill.

“President Buhari has missed a low hanging lifetime opportunity to salvage his terrible democratic credential; unfortunately, he chose to side with a section of the ruling class to the detriment of the people.

“The President now qualifies as the biggest threat to the democratic journey of the fourth democratic republic, having failed to perform a similar responsibility a record four times in his first term.

“This National Assembly must take courage in the fact that this will not be the first time in the last 20 years that the legislature will override the President; the 4th legislative session did so and got the NDDC Act passed and operational.

“Indeed, this is an opportunity for the 9th National Assembly to redeem their image, prove everyone wrong, and show that they can act in the overall interest of the people,” it added.

Read the original article on Vanguard.