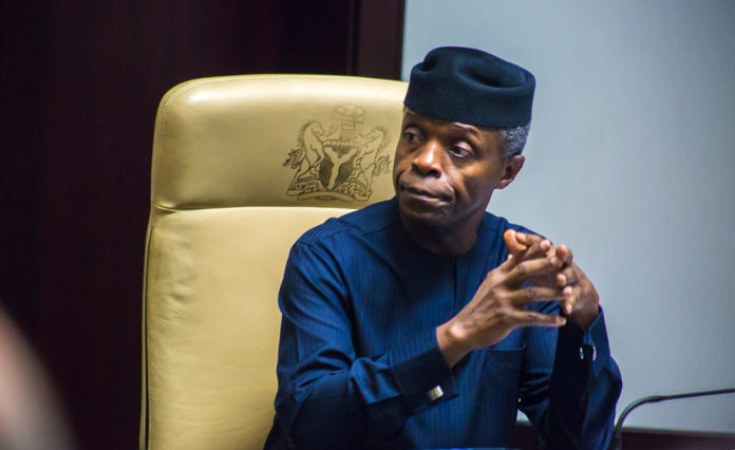 The London-based newspaper said Osinbajo’s presidency will give Nigeria respite, adding that Nigerians will feel better with Osinbajo as president.

Financial Times which disclosed this in its editorial piece titled: “What is Nigeria’s government for?” said if by miracle, Osinbajo makes it as Nigeria’s president, it will rekindle the hope of the optimist.

In the article released yesterday, the London-based newspaper noted that campaigns for the presidential elections in February 2023 have already begun “if Yemi Osinbajo, the technocratic vice-president, were miraculously to make it through the campaign thicket and emerge as president, the hearts of Nigerian optimists would beat a little faster.

It said, “But that may be to underestimate the depth of Nigeria’s quagmire. The problem is not so much who leads the government as the nature of government itself.”

According to Financial Times, the Buhari administration failed to tackle the country’s insecurity, adding that Nigeria’s debt profile increased under his watch.

“Buhari has overseen two terms of the economic slump, rising debt and a calamitous increase in kidnapping and banditry – the one thing you might have thought a former general could control,” the newspaper stated.

It said, “Next year, many of the members of the government will change, though not necessarily the bureaucracy behind it.

“Campaigning has already begun for presidential elections that in February 2023 will draw the curtain on eight years of the administration of Muhammadu Buhari, on whose somnolent watch Nigeria has sleepwalked closer to disaster.”

The newspaper also said financial strength has remained a crucial determinant of the country’s election winners.

“Familiar candidates to replace him (Buhari), mostly recycled old men, are already counting their money ahead of a costly electoral marathon.

“It takes an estimated $2billion to get a president elected. Those who pay will expect to be paid back,” it added.

Financial Times re-echoed what former head of state, Ibrahim Babangida said that Osinbajo can be more effective as president.

It also noted that there are some promising candidates.

“If Yemi Osinbajo, the technocratic vice-president, miraculously makes it through the campaign thicket and emerges as president, the hearts of Nigerian optimists would beat a little faster,” it said.

Osinbajo has not formally declared his presidential ambition.

Read the original article on Leadership.