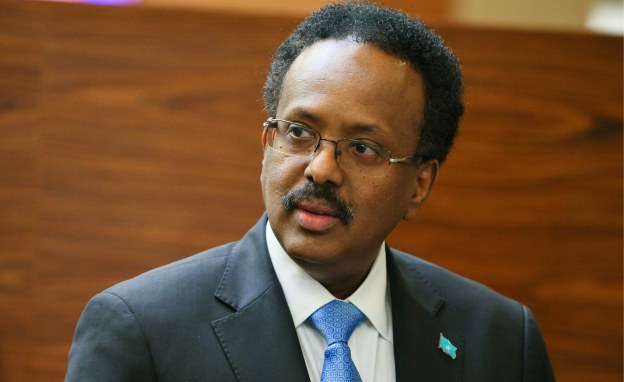 Somali President Mohamed Abdullahi Farmajo has called for a consultative meeting which will be attended by Federal government councils, regional governments and the Banadir region to correct the directions of the elections.

” The Prime Minister has failed to undertake his mandate to lead the country through elections as per 17 September 2020 Agreement and subsequent procedures issued 1st October 2020,” read part of the statement.

The head of the state accused the Prime Minister of “posing a serious threat to the electoral process and overstepping his mandate.”

The development came hours after the election committee sacked the head of the electoral Body Mohamed Hassan Irro who rejected his removal.

According to the electoral commission, Irro was ousted in voting by 18 members, with 15 votes yes, and 3 abstaining.

The commission accused Irro of meddling in politics, violating electoral rules and corruption.

Somalia was to hold indirect parliamentary and presidential polls but delayed for close to a year due to stalemate.