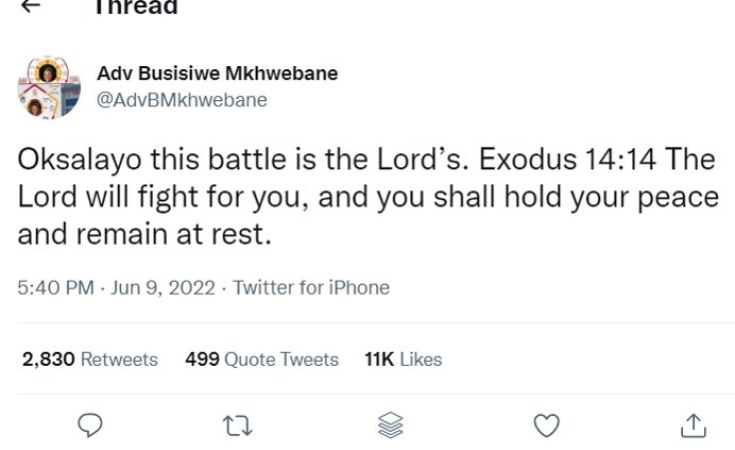 While the optics of President Cyril Ramaphosa’s suspension of Public Protector Busisiwe Mkhwebane on Thursday — a day after she announced she would be investigating #CouchGate — may not look good from any angle, the decision is not unexpected.

On Thursday evening, the President’s Office announced that Ramaphosa had, “in accordance with section 194 (3)(a) of the Constitution”, decided to suspend Public Protector Busisiwe Mkhwebane with immediate effect.

Mkhwebane’s non-renewable term was due to end in October 2023 and she had vowed earlier to serve out her contract. After news broke of her suspension, she tweeted: “Exodus 14:14 The Lord will fight for you, and you shall hold your peace and remain at rest.”

Oksalayo this battle is the Lord’s. Exodus 14:14 The Lord will fight for you, and you shall hold your peace and remain at rest. — Adv Busisiwe Mkhwebane (@AdvBMkhwebane) June 9, 2022

In March 2022, after confirmation by the Speaker of the National Assembly that the Section 194 committee had announced it was to continue with its impeachment inquiry into Mkhwebane’s fitness for office,…