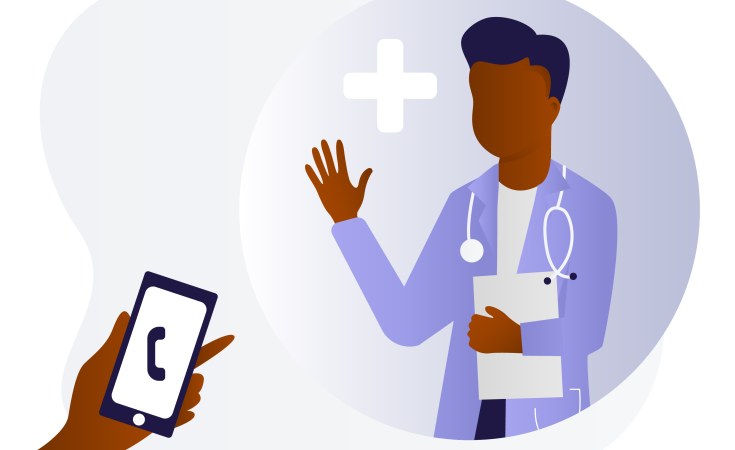 The COVID-19 pandemic hit South Africa’s tuberculosis (TB) response early and hard. Between February and May last year COVID-19 lockdowns resulted in a 59% decline in TB tests, and a 33% decline in the number of TB diagnoses in South Africa, according to data released last year by the National Institute for Communicable Disease (NICD).

The declines are in line with global trends.

Provisional data compiled by the World Health Organization (WHO) from 84 countries indicates that an estimated 1.4 million fewer people received care for tuberculosis (TB) in 2020 than in 2019 – a reduction of 21%. The organisation estimates that the COVID-19-related disruptions in access to TB care could cause an additional half a million TB deaths.

According to study findings published in the Lancet, “in high-burden settings, deaths due to HIV, tuberculosis, and malaria over five years could increase by up to 10%, 20%, and 36%, respectively, compared with if there was no COVID-19 pandemic”. “For tuberculosis, the greatest impact would be from reductions in timely diagnosis and treatment of new cases, which could result from any prolonged period of COVID-19 suppression interventions.”

Early modelling projected that TB incidence, and especially TB mortality, may increase by around 5 to 15% over the next five years, which can result in hundreds of thousands of additional TB deaths worldwide. The modelling analyses, the authors wrote, “relied on a number of assumptions, which should ideally be re-evaluated in the context of empirical data”.

Foster Mohale, spokesperson for the National Department of Health, says COVID-19 did not only affect TB services but the whole health system. He says with the alert level restrictions, people were unable to move around freely, thus impacting on services that included but were not limited to diagnoses.

“It is difficult to correlate a loss to follow-up with COVID-19-related restrictions based on the definition. A loss to follow-up, according to an internationally accepted definition, refers to those patients that have missed TB treatment for two consecutive months. This might not necessarily apply to patients that are given treatment for two or more months,” he says.

Even before the COVID-19 pandemic, initial loss to follow up (LTFU) rates among TB patients in the country were high, varying between 14.9 and 22.5%, according to a study conducted in 2018 and 2019. Initial loss to follow-up refers to patients who test positive for TB but never get initiated on treatment. “From the perspective of patients, documented reasons for this include poor communication between patient and staff after testing, not being aware that results are ready, and other competing priorities such as preference to go to work as opposed to seeking healthcare.”

Anyone can get TB. We all deserve support.

Call for release of recovery plan

Wieda Human, project coordinator and communications officer at TB Proof (a South African TB advocacy group), says to mitigate the impact of COVID-19 on TB, South Africa urgently needs to release the national TB Recovery Plan and the Department of Health should urgently implement steps outlined in the TB Recovery Plan to save lives.

The National TB Recovery Plan has not been made public but has been shared with some stakeholders. Spotlight has not seen it.

Human, who has seen the plan, says it, among other things, states that the department should release the systematic screening guidelines where all people with a cough are evaluated for both TB and COVID-19 and support community health workers by updating their scope of work to reflect their leadership role in implementing an integrated TB, HIV, and COVID-19 response.

She says the plan also provides for implementing the test and treat approach to test all close TB contacts and other high-risk groups for TB and provide them with TB treatment or TB preventive therapy. It also provides for the urgent expansion of TB testing, including to asymptomatic groups, and making it accessible to all, for example, by offering TB testing during evenings and on weekends when people are not at work, or via home-based testing by community healthcare workers.

“The recovery plan further outlines that dedicated funding for TB screening services is needed through mobile chest X-ray screening, decentralised sputum testing with Xpert (a molecular TB test), and expansion of urine LAM testing delivered to communities most in need,” she says.

TB Proof (supported by 29 organisations and 65 individuals) wrote to Minister of Health, Dr Joe Phaahla on 29 October setting out these and other priorities for South Africa’s TB catch-up plans. Spotlight understands that in response to the letter, the Department of Health met with TB Proof and the South African National AIDS Council’s Civil Society Forum on 30 November where the National TB Recovery Plan was presented.

The catch-up plans in place

While the actual plan and its details have not been made public, Mohale does provide some information about it. He says the department’s catch-up plan is to trace patients who were diagnosed with TB but not started on treatment and those who interrupted treatment during the lockdown to link them back to treatment.

“We plan to trace, screen, and test contacts of people who have TB. Screen and test people for both TB and COVID-19 as well as provide outreach TB services to ensure that people obtain their medication closer to home or [get it] delivered at their homes or delivered through Central Chronic Medicines Dispensing and Distribution (CCMDD) system,” he says, adding that they also aim to use digital solutions for adherence monitoring and support.

Mohale says they will scale up the use of the TB self-screening mobile application, TB Health Check, which can be accessed by dialling *134*832*5#.

According to Mohale, the department is also scaling up TB Preventive Treatment for eligible people using the shorter 3HP regimen consisting of isoniazid and rifapentine taken for three months (older regimens are taken for anything from six to 36 months). Spotlight reported in April that the 3HP regimen was being launched in six districts.

How it will work in the provinces

Based on the TB surveillance systems, Mohale says all provinces had their TB services negatively impacted due to the restrictions.

“In addition, there were certain misinformed accounts of fears of health facilities as centres of high transmission of COVID-19 that needed to be avoided at all costs. This might have had a negative impact on testing in particular, but not much on treatment and loss to follow-up. The reason for a perceived less impact on treatment and follow-up is based on the fact that those who were already on treatment when COVID-19 started, were likely to have had medication at hand,” he says, adding that the newly diagnosed patients might have had challenges to initiate treatment at the initial stages – specifically the first calendar year quarter, but relaxation and adjustments in alert levels might have had a bearing on the return to equilibrium.

“The provinces are getting the same catch-up plans that focus on increased testing, treatment, tracing and tracking missing TB patients, as well as loss to follow-up. These catch-up plans are influenced by the TB burden in the province, the size of the province, and the population in the given provinces,” he says, adding that provinces will be resourced according to the needs identified in the TB programme.

Kwara Kekana, spokesperson for the Gauteng Department of Health, says TB case finding in the province declined due to the low number of patients visiting facilities. She says that at the end of the 2019/2020 financial year, TB screening was integrated into COVID-19 screening campaigns and TB case finding increased by 319. The following year, TB case finding decreased in 2020/2021 by 9 267.

#WorldTBDay2021 || The Gauteng Department of health has launched this TB Hotline to trace and find patients that’s are lost to follow-up (LTF).

She says there was an increase in the death rate in 2020/2021 due to people with TB presenting late at facilities or stopping treatment. “We will be scaling up TB screening by conducting TB screening of clients at community-level to accommodate all those unable to get into the facility through the use of community digital chest X-Rays and mobile X-rays for adults and children,” she says. “We will also accelerate TB treatment initiation for adults and children diagnosed at community-level and referred to the facilities.”

Kekana says the department will monitor clients who successfully completed their TB treatment and will address challenges with those lost to follow up with a TB Hotline they can call to get help. She also says the department will strengthen TB client tracing, including interprovincial collaboration, strengthen infection measures, and increase health education using different media platforms. But, she says, “COVID-19 infections among staff members (clinicians, community health workers and data capturers are depleting human resource capacity thus affecting implementation of catch-up plans in both facilities and in the community.”

On Friday, I chaired the Provincial Council of AIDS and Tuberculosis (PCAT) and was briefed on the good progress made since the launch of the Western Cape Multi-Sectoral Emergency Response Plan to TB on 28 April 2021.

Plans in the Western Cape

According to Byron La Hoe, Western Cape Department of Health spokesperson, they have several interventions, which include alternative ways of distributing medicine, the use of telemedicine, the use of central call centres, and improved mechanisms for clients and contact tracing in response to the reduced mobility and reduced visits to health facilities.

In addition to the above plans for alternative delivery, La Hoe says the department has launched the public-facing dashboard which allows its users to follow the TB epidemic in the Western Cape through its functions of displaying TB testing and positivity rates, geographical TB case breakdowns, and trends.

“The department has also launched the WC TB emergency response plan which highlights the priorities for TB in the Western Cape.” He says that from a workshop conducted with NPOs in September, it was noted that the priorities for TB at a community level included aligning community activities with the TB emergency response plan, developing Standard Operating Procedures (SOPs) for community TB testing and linkage to care, and the development of SOPs for household contact tracing. “The department plans to strengthen the integration of HIV testing and TB screening with all COVID-19 vaccination activities,” says La Hoe.