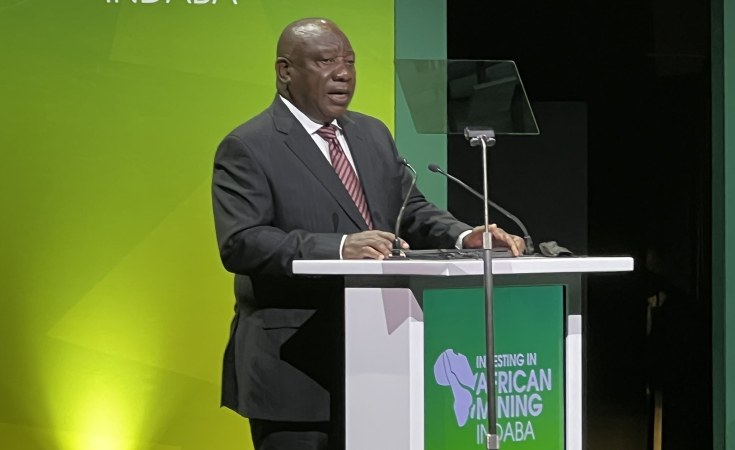 Fraser said that on Feb. 9, 2020, a domestic worker and five accomplices stole at least $4 million that was stuffed in the furniture of Ramaphosa’s Phala Phala game farm. Fraser further alleged the president did not report the crime to police but instead asked the head of the Presidential Protection Unit, Major General Wally Rhoode, to deal with the matter.

Rhoode allegedly put a team together that tracked down the burglars. Fraser said when found, each of the men was paid the equivalent of $9,700 to be silent about the stolen millions.

Ramaphosa has denied any criminal activity but admits money was stolen from his farm. The money, he said, was from the sale of wild game.

His budget vote speech in parliament Thursday started an hour late because members of the far-left Economic Freedom Fighters objected, saying they refused to be addressed by “a money launderer and a criminal.”

Eventually, the president made it to the podium, where he told parliament the country faces many challenges and that lawmakers cannot “become distracted from the task that is at hand.”

Analyst Professor of Political Science at the University of Johannesburg, Mcebisi Ndletyana, said there are many questions that need to be answered, not least of all whether Ramaphosa paid tax on the money.

“The president has said it’s from the sale of animals, which is possibly true because that is a game farm, and these animals are quite expensive. It would appear very exotic,” Ndletyana said. “And so, to some degree there’s some comfort that the money is possibly not stolen. It’s highly unlikely that he stole it somewhere. But he still has to explain why the money was not banked, why it was at his house, whether it was declared or not.”

He said Fraser is no friend of Ramaphosa and has been implicated in the investigation into alleged corruption under former president Jacob Zuma.

“And so, he does have an ax to grind, and he may possibly be arrested and the report — this is going to be on the national intelligence — is coming out very soon, so he’s not going to look nice in that report. So, he’s an angry man,” Ndletyana said.

The claims against Ramaphosa are being investigated.