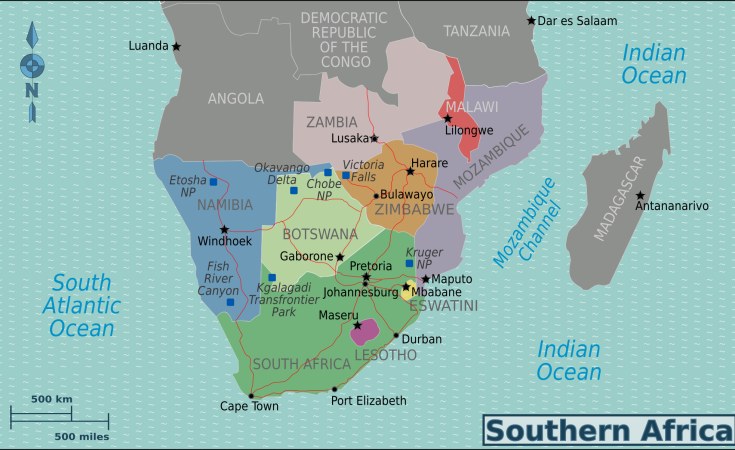 Two southern African countries, South Africa and Eswatini, are undergoing important reforms. South Africa is reviewing its electoral system while Eswatini is revisiting the powers of the monarch through a national dialogue.

South Africa and Eswatini can look to Lesotho for lessons. It’s a fellow member of the Southern African Development Community and has grappled with these issues for decades. The three countries share geographic, historical and economic ties.

The kingdom of Lesotho returned to electoral politics in 1993, after a long haul of dictatorship capped by a military junta. Since then, it has experienced mutinies, coups and electoral violence.

The advent of tumultuous coalition politics in 2012 laid bare the longstanding problems associated with the prime minister’s excessive powers. He compromised the security forces, the judiciary, civil service and even parliament, thereby fuelling instability.

The Southern African Development Community has intervened in Lesotho in almost every electoral cycle. Its interventions have ranged from diplomatic to military. The country is now effectively under the trusteeship of the regional bloc as it sails through a turbulent reform programme.

Nevertheless, there are certain aspects that Lesotho has handled quite well. Its successes offer lessons for other states that are undergoing reforms in similar areas.

First, it has made its electoral system more inclusive. Second, it has curbed the powers of the monarch in a constitutional democracy.

South Africa faces a critical period in its electoral history. The country is reviewing its electoral system in the light of a debate that has raged since pre-constitution negotiations in the 1990s. The contest is between the proponents of proportional representation, and those favouring a constituency-based electoral system.

The constituency-based electoral system divides a country into relatively equal territorial units called constituencies. The system is often credited with increased accountability to the voters by their representatives.

South Africa’s constitution envisages an electoral system “that results, in general, in proportional representation”. The country has used this system for national and provincial elections since 1994.

But arguments over it have never been settled. Occasionally, the Constitutional Court is asked to intervene.

Its first major intervention was in 2002. The court had to decide whether floor-crossing – MPs switching parties – was in keeping with a proportional representation system. It found that floor-crossing at national, provincial and local government levels was consistent with the constitution.

The second time was in 2020. Independent candidates had not been seen as having a place in an electoral system based on proportional representation of political parties. Then the court was asked to decide whether excluding independent candidates from contesting national and provincial elections was constitutional.

Lesotho grappled with the same questions following its controversial 1998 elections. In 2001, it adopted a “mixed member proportional” system, the first country in Africa to do so.

The fourth amendment to the constitution of Lesotho of 2001 can come in handy for the conversation under way in the South African parliament regarding electoral reform.

The lesson is that independent candidates can be allowed to stand for elections in a system that results, by and large, in proportional representation as required by section 46 of the constitution.

The most recent wave of discontent in Eswatini reignited calls to reduce the powers of the only remaining absolute monarch in Africa. The king’s place in Eswatini’s democracy has been an issue since independence from Britain in 1968. At independence, the constitution provided for a constitutional monarch along the lines of Lesotho’s.

The independence constitutions of both countries were cast in classical Westminster moulds. But, hardly five years into independence, in 1973, King Sobhuza II of Swaziland (now Eswatini) suspended the constitution and claimed absolute powers. This is still the position despite the new constitution of 2005. The king has unlimited executive powers and political parties are prohibited.

Discontent over the king’s powers has been growing. There is now agreement in Eswatini that there must be candid dialogue about the king’s powers, and greater democratisation. The Southern African Development Community is facilitating the dialogue.

Lesotho has been grappling with the question of the king’s powers since pre-independence negotiations. Temptations to have an executive monarch have occasionally thrown the country into turmoil. But it is now generally accepted that executive powers must vest in the democratically elected prime minister. The monarchy is ceremonial.

Politicians have run Lesotho into many constitutional problems, but at least voters can replace them periodically. The monarch is cherished but within a democratic system based on multi-partyism. The people of Eswatini do not have this under an absolute monarchy.

The usual tendency to look to Europe and elsewhere to solve problems in Africa is not always helpful. This may be an opportune moment to find African solutions to African problems.