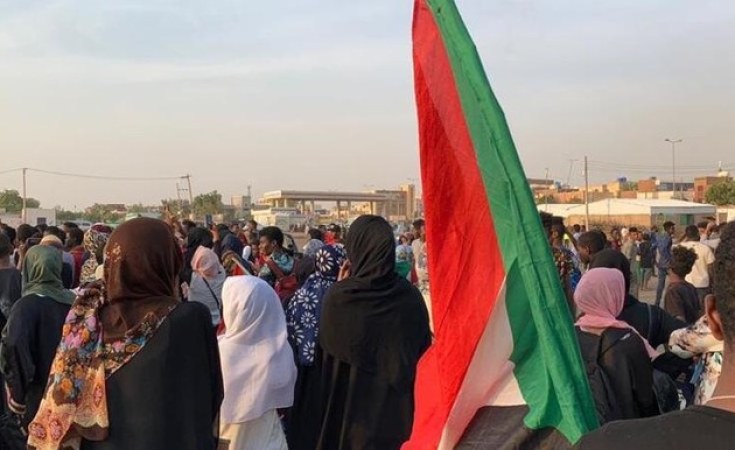 Khartoum — ‘They want to break our determination, but we know a revolution is a long process.’

Mass demonstrations are expected in Sudan this weekend, on the third anniversary of the country’s revolution, in a new test of strength between pro-democracy activists and the military, whose coup in October toppled the country’s fragile transitional government.

Since the 25 October putsch, there have been rolling pro-democracy protests across the country under the banner “No negotiations, no compromise, no power-sharing” with the military. At least 44 people have been shot dead by the security forces.

Hamdok, a mild-mannered technocrat, said he had agreed to the deal to “avoid bloodshed”, and to ensure the promise of a restored transition to civilian rule. Yet his room for manoeuvre is limited. He is now regarded as almost irrelevant by the street-based opposition and has little influence over the generals, some of whom are believed to harbour political ambitions.

An aid freeze imposed by major donors immediately after the coup has yet to be lifted – a significant blow for an already precarious economy.

Volunteer groups were central to the uprising that toppled dictator Omar al-Bashir in April 2019. Their sustained pressure forced the military – which had taken power in the interim – to agree to a power-sharing transitional administration four months later.

The central demand of the democracy movement now is for the military to get out of politics and return to the barracks. “The resistance committees have made it clear that their main concern is to call for full civilian rule,” explained Sudanese political analyst Kholood Khair. “Until that is established, they will continue to protest.”

But defying the generals is dangerous. At a resistance committee meeting The New Humanitarian attended one evening last month, the two dozen men and women that had gathered were wary – most had left their phone at home as an anti-surveillance precaution.

“There have been many arrests,” explained one young man, a veteran street organiser. “They target those who coordinate political activities. They are trying to put pressure on us, to create a climate of fear.”

But he remained confident – despite the security crackdown; the guarded international support for the Burhan-Hamdok deal; and the jolt of life the coup has given old-guard pro-military Islamist parties.

“They want to break our determination, but we know a revolution is a long process,” said the activist, who cut his political teeth in cost of living protests in 2013 in which an estimated 200 people were gunned down by the security forces.

The resistance committees portray themselves as guardians of the revolution – a flexible network of young activists transcending political party affiliation and class, representing neighbourhoods as diverse as the hard-scrabble district of Haj Yousif and the wealthy Riyadh suburb. And their influence extends to cities beyond Khartoum.

“During the revolution, everyone wanted to do something for the country,” said Saria Abdelafiz, 27, her hair braided, a single small nose ring, and kohl-lined eyes. “When you start acting, it feels like an achievement.”

Although the resistance committees were part of the Forces of Freedom and Change (FFC) opposition coalition that overthrew al-Bashir’s regime, they were largely left out of the negotiations for the transitional agreement with the military in August 2019. They did not join Hamdok’s administration – a mix of technocrats and members of traditional political parties.

The resistance committees preferred to represent the so-called “voice of the streets”, pushing Hamdok to adopt a more pro-poor economic agenda, and to speed up on the delivery of promised democratic reforms during the transition to planned elections in 2022.

“We are not political parties. We don’t want to be appointed as ministers,” said Elsiddig Kamal, a resistance committee member in one of the best organised neighbourhoods: Shambat in Khartoum North. “We want the needs of the people to be fulfilled.”

Hamdok’s administration struggled with a mountainous in-tray of problems inherited from the 30-year rule of al-Bashir. Behind the scenes, the military resisted moves to hold them accountable for the deaths of civilian protesters, and the equally sensitive matter of liquidating the network of opaque business activities they control.

Reviving the moribund economy was Hamdok’s primary goal – key to delivering on the promise of the revolution. But winning donor backing for desperately needed debt relief and billions of dollars in international financing was contingent on imposing a series of painful economic reforms. The military and their islamist allies sought to capitalise on the unhappiness the reforms stoked.

From agitation to welfare

With rates of inflation among the highest in the world, and widespread shortages of even basic commodities, some resistance committees stepped into a new welfare role. Under the slogan hanabniho – “We will build it [the country] together” – teams of activists visited bakeries, markets, and warehouses to try and stem profiteering and theft.

To differentiate themselves from the corrupt people’s committees of the al-Bashir era – their official job was to provide municipal services, but they preferred surveillance – the resistance committees stress their transparency and accountability

“We tried to have a democracy among us,” said Kamal from the Shambat neighbourhood. “Some people were appointed to monitor our activities and avoid corruption.”

In keeping with Sudan’s traditions of mutual aid, neighbourhood “service committees”have also emerged – at times overlapping with the resistance committees. They focus on providing the social services and humanitarian help the government has been unable to deliver.

Drawing on donations from the local community, and Sudanese working abroad, they typically purchase school and medical equipment, dig wells, clean streets, and organise “solidarity markets” where basic commodities are sold at cost price for the poorest families.

“Thousands of families are extremely vulnerable. They survive day by day,” said Tarig Jamal Hlme, a sales executive in a Khartoum hotel who helps coordinate food distributions. “If anything happens, if someone is sick, they can’t cope anymore.”

During the peak of the COVID-19 pandemic last year, it was the service committees that put up information posters and distributed masks and gloves.They were also part of the relief effort when floods hit the country two years in a row.

Back to the barricades

Mishkat Isameldin, 25, a black-and-white bandana on her head, has taken part in every major protest since the start of the revolution, striving to build “the new Sudan” she still dreams of.

She works as a teacher in a kindergarten and gives free literacy classes to adults, while also volunteering with an organisation that assists blind people and with another that renovates cultural centres across the city.

“If we don’t make things better ourselves, we will suffer,” she told The New Humanitarian. “Bashir made sure that the youth wouldn’t learn and know their rights. We want to change that.”

Since the October coup, the social protection work of the activists has become harder. They are also refocusing energy on the political fight – including a new political roadmap, underlining the resistance committees’ separation from the FCC opposition coalition, which has been weakened by the coup

Although the generals have tried to stymie opposition to their power grab by cutting internet and cellphone services, the resistance committees have still been able to mobilise hundreds of thousands of people to protest across the country.

“We can’t get that with a military regime,” he added. “[Under them], people know that if they start protesting because they are hungry, they will be killed. [That’s] not the country we want.”