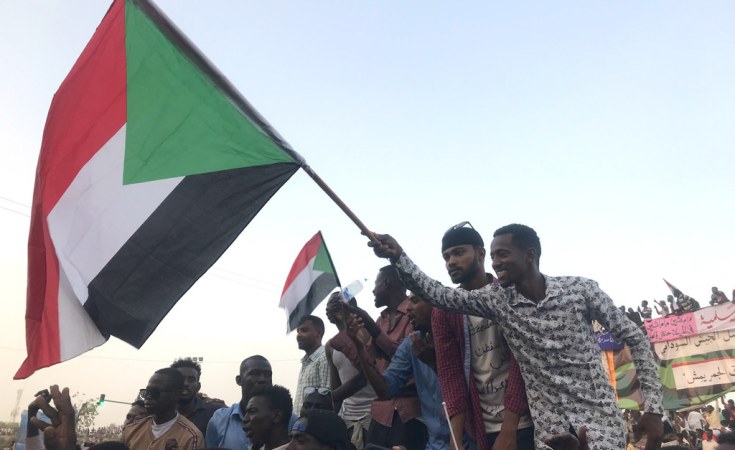 A Sudanese protester was shot dead during a “savage” crackdown on mass pro-democracy rallies Sunday, medics said, and 125 others were injured according to the health ministry.

Security forces fired tear gas canisters, and live rounds into the air, as hundreds of thousands marched, three years since the start of mass demonstrations that led to the ouster of veteran strongman Omar al-Bashir.

On Monday, the independent Doctors’ Committee said 28-year-old Majzoub Mohammad Ahmad was shot and killed with “a bullet in the chest”.

Nationwide, at least 46 people have been killed and scores wounded in the past two months, according to the Committee.

The health ministry said late Sunday that “123 people were injured in Khartoum and two in Kassala”, a city in the east of Sudan.

Many of the injuries were from inhalation of acrid tear gas, including during clashes between the police and protesters near the presidential palace.

Demonstrators there had chanted slogans against military chief General Abdel Fattah al-Burhan, who led a coup on October 25.

The generals had initially detained civilian leader Prime Minister Abdalla Hamdok for weeks under effective house arrest, but reinstated him on November 21 and promised elections for July 2023.

But the move alienated many of Hamdok’s pro-democracy supporters, who dismissed it as providing a cloak of legitimacy for Burhan’s coup.

The army on Monday insisted it backed “the democratic choice for the people” and supported “free and fair elections”, a spokesman said in a statement.

Security forces on Monday maintained a barricade of bridges across the Nile river linking Khartoum with the cities of Omdurman and North Khartoum.

The Forces for Freedom and Change (FFC) — an umbrella group which spearheaded the protests against Bashir — have urged people to continue to reject military power, calling for more demonstrations on December 25 and 30.