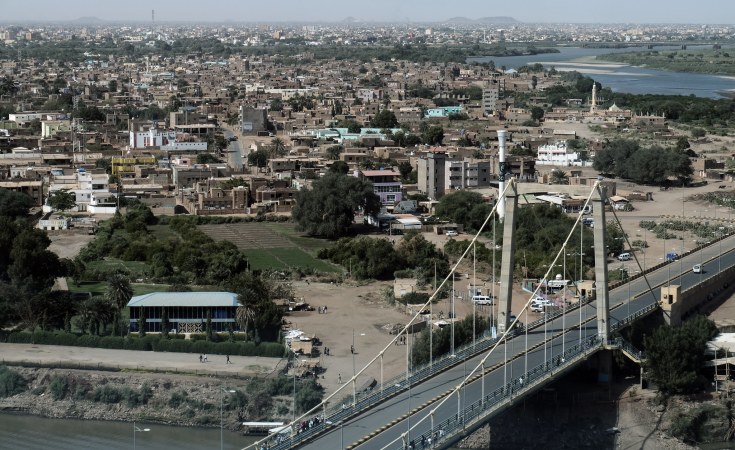 Khartoum / ED Damazin / Washington DC — On Monday, tens of thousands of Sudanese took to the streets again to participate in the Marches of the Millions in Khartoum and other cities in the country, denouncing the October 25 coup and calling for a civilian government. Human Rights Watch has called on the USA not to accept “a return to business as usual in Sudan’s political configuration that makes key reforms impossible”. On December 9, the US Congress passed a resolution condemning the military take-over as well as a new bill that could lead to sanctioning those responsible for the coup.

The demonstrators demand the immediate withdrawal of the Sudan Armed Forces from politics, a full civilian government, and retribution for the protestors killed and wounded during the Sudanese uprising that started in December 2018.

The police fired tear gas at demonstrators who approached the Presidential Palace in central Kartoum and on protesters in Omdurman.

Ed Damazin, capital of Blue Nile state, in particular witnessed massive protest marches that started from several neighbourhoods of the town and headed to the one-day sit-in in the El Zohour neighbourhood.

Before the start of the demonstrations, members of the Sudanese Professionals Association, the driving forces behind the December uprising against the regime of Omar Al Bashir and Blue Nile state government employees staged a protest vigil in front of the locality buildings in Ed Damazin, denouncing the military coup and the agreement between Gen Abdelfattah El Burhan and PM Abdallah Hamdok signed on November 21.

The agreement announced by the military on November 21 returned Hamdok as prime minister. However, while the deal “reaffirms” a partnership between civilians and the armed forces, it excludes the Forces for Freedom and Change (FFC), the civilian coalition of political opposition, civil society groups and professional associations that played a key part in bringing about the downfall of long-time dictator Omar Al Bashir in April 2019 and the subsequent replacement of the transition military council by the joint civilian-military sovereign council in August 2019,” Mausi Segun, Director of Human Rights Watch (HRW) Africa Division said in her briefing on the human rights situation in Sudan to US Congress yesterday.

The “historical tolerance for repression and abuse in Sudan remains in place, including among some of Sudan’s regional and international partners, and has forced resolute Sudanese people to repeatedly put their lives on the line by taking to the streets,” she said, and emphasised that “The stakes couldn’t be higher right now as the military further tightens its grip on Sudan’s politics, repression continues, and the chances for meaningful reform diminish”.

Therefore, “the US Congress has a key role to play in ensuring that the Biden administration does not accept a return to business as usual in Sudan’s political configuration that makes key reforms impossible”.

On December 9, the US House Foreign Affairs Committee passed the Sudan Democracy Act by unanimous voice vote, as well as a resolution condemning the 25 October military coup.

According to the new Sudan bill “the assets of anyone who interferes in Sudan’s democratic transition, threatens its stability, restricts freedom of expression or media access, engages in arbitrary detentions or torture, or misappropriates Sudanese state funds” could be blocked.

The first scenario, Baldo told Radio Dabanga last week, is the most likely possibility, and consists of the continuation a dictatorial authority based on absolute oppression and violence. This also means that the economic crisis will continue to deteriorate as a result of the suspension of reforms and associated aid.

Regarding the second scenario, “the least likely to happen”, this depends on the success of the civilian government that Hamdok will form in imposing its will on the coup camp.

Baldo played down the possibility of the third scenario, “the collapse of the state” forms the third scenario, as “the wisdom of the Sudanese people, their capabilities in finding solutions, and their legacy in mediation and initiatives, make it difficult for Sudan to collapse as a state”.