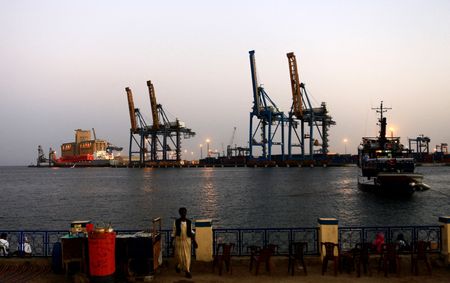 KHARTOUM/LONDON (Reuters) – A blockade of Sudan’s main Red Sea port by a local tribal group and threats of more disruptions have hurt efforts to lift the country out of economic crisis and could push trade flows to another regional route, officials and shipping executives say.

Several shipping firms were forced to pause bookings via Port Sudan, the African nation’s main international trade gateway that generates vital revenue for the cash-strapped state that is trying to recover from three years of political turmoil.

The port, the main route for 90% of Sudan’s international trade and the terminal for a regional oil pipeline, could lose business to overland trade via Ain Sokhna, a Red Sea port in neighbouring Egypt to the north, Sudan’s former trade minister Ali Jiddo and other industry sources told Reuters.

Another former minister said foreign investor interest in upgrading the port – which Sudan has long sought to turn into a hub to serve neighbouring landlocked nations – could wither.

“Anything can happen so people will stay away from Port Sudan for a while,” a managing director for a local logistics company told Reuters, saying the blockade and other disruptions showed the government was not in full control.

The Beja Council, a group representing some eastern Sudanese tribes that have long complained of neglect by the central government, blocked the port for more than six weeks until Nov. 1 and has threatened further action. Meanwhile, Sudan has been convulsed by national protests and an Oct. 25 military coup.

The group demanded a new cabinet and renegotiation of a sweeping 2020 deal that aimed to end conflicts across Sudan.

The group’s actions reversed efforts to improve efficiency at the port. A U.N. report this month said the blockade had left 950 containers stuck at the port, while a port official said the facility had lost 45 million euros ($51 million) in revenue.

Meanwhile, the capital and other areas of Sudan have faced shortages of fuel, wheat and other food imports.

Sudan’s military initially did little to intervene to end the blockade by the Beja Council, saying it was a legitimate protest against poor conditions in Sudan’s east – although demonstrators on the streets of Khartoum have often face teargas and sometimes live rounds. The military denies opening fire.

Opponents of Sudan’s generals say the failure to act more swiftly – the blockade only came to an end after the Oct. 25 coup – may have served the military’s aims by creating a sense of crisis.

The military, which denies any collusion, said last Thursday it was offering a concession related to the Beja Council’s demands, preventing a second blockade of the port.

Whoever is to blame for the port disruptions, businesses say they are paying the price.

“The private sector is the one who pays for these political conflicts,” said a medicine importer, who said delays pushed up fees and sometimes meant products arrived after their expiry.

A Sudanese shipping agent, who like several others contacted by Reuters asked not to be identified because of political sensitivities, said delays had meant the export window had been missed for key export earners such as sesame seeds, peanuts, cotton and gum arabic.

Two major shipping lines resumed new bookings on Tuesday to import and export container shipments via Port Sudan but prices were 50% higher than before the blockade, the agent said.

The managing director of the logistics firm said freight costs for Chinese firms that had not halted activity had doubled.

Faced with disruptions in Port Sudan and higher costs, officials at Egypt’s Red Sea port of Ain Sokhna said they had seen a rise in Sudan-related trade, without giving figures. Several executives said businesses were considering a more permanent shift to cope with the uncertainty of shipping via Port Sudan.

Plans for Sudan’s economic recovery had included developing Port Sudan as a regional logistics hub for landlocked neighhours. Sudan’s former infrastructure minister Hashim Ibnouf said the port had in the past attracted interest from investors in the United Arab Emirates, Egypt and France.

Philippines-headquartered International Container Terminal Services (ICTSI) signed a 20-year concession in January 2019 to manage a portion of Port Sudan. But the deal with the port authority was cancelled later that year after President Omar Bashir, who had ruled for three decades, was toppled.

ICTSI head of corporate Christian Gonzalez said his company “would be willing to come back to the table” once it received some 200 million euros owed as the remainder of its upfront fee.

A port official said the port had received a new investment offer and said he thought trade flows through Port Sudan would return to normal in 2022.