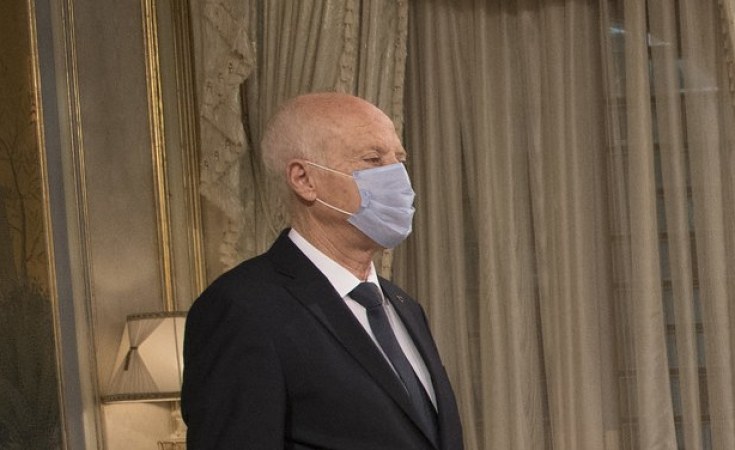 Opponents of Tunisian President Kais Saied on Tuesday slammed his decision to extend a months-long suspension of parliament, accusing him of dealing another blow to democratic process.

Saied has announced a consultation on constitutional reforms and fresh elections for next December.

In July, President Saied suspended parliament and froze the legislature in a move described by the opposition as coup and a violation of the constitution.

Saied, who came to power in 2019, had in October moved to rule by decree, escalating fears for the only democracy to have emerged from the 2011 Arab uprisings.

He insisted he had acted within the constitution and vowed to “clean up” the country from corruption.

Some politicians, lawyers, journalists and MPs critical of the president have since been arrested and jailed.

On Monday evening, Saied announced an 11-week “popular consultation” to produce “draft constitutional and other reforms” ahead of a referendum on 25 July next year.

He said Monday that parliament would remain suspended until new elections on 17 December next year, the anniversary of the start of the revolution that chased dictator Zine El Abidine Ben Ali from power.

That effectively dissolved the current assembly dominated by his nemesis, the Islamist-inspired Ennahdha party, which has played a central role in Tunisian politics since Ben Ali’s fall.

While many Tunisians, tired of a system seen as dysfunctional and corrupt, welcomed Saied’s moves, he has also faced growing opposition in the form of mass demonstrations at home and pressure from abroad.

The envoys of the G7 powers plus the European Union had urged Tunisia on Friday to set a timeline for a return to democratic institutions.

On Tuesday, political analyst Slaheddine Jourchi said Saied had “tried to pull the rug from under his rivals’ feet by laying out a timeline”.

Other opponents accused Saied of seeking to extend his one-man rule and unilaterally remake the political system.

Former MP Hichem Ajbouni wrote on Facebook that Saied’s speech boiled down to: “I am the state, I am the president, I am the government, I am the parliament, I am the judiciary — and everyone who opposes me is either hungry for power, a liar, a traitor, a thief, an agent, or ignorant.”

Nizar ben Ahmida, a 37-year-old teacher, stressed the importance of announcing a timeline.

But he said the speech lacked details on “employment, poverty, marginalisation and prosecution of those who have committed crimes against this country”.

The consultation on constitutional reforms would be launched on January 1, via custom-built electronic platforms.

These proposals would then be examined by a committee of experts appointed by the president, before being put to referendum.

But former Ennahdha MP Samir Dilou said the idea would “make Tunisia an object of ridicule”.

“Saied’s speech reflects the state of denial in which he lives and his refusal to listen to anyone, neither his supporters nor his opponents,” he told the daily Assabah.

Violence and disappointment as Tunisia marks tenth anniversary of revolution

Tunisia faces mounting public debt, inflation, 18 percent unemployment and stalled negotiations with the International Monetary Fund for its fourth bailout since the revolution.

But the 63-year-old president’s focus has remained firmly on remaking the political system and tackling opponents — primarily Ennahdha — whom he accuses of corruption.

After seizing control of the judiciary in July, he has pushed judges to investigate alleged foreign financing for campaigns during 2019 parliamentary elections.