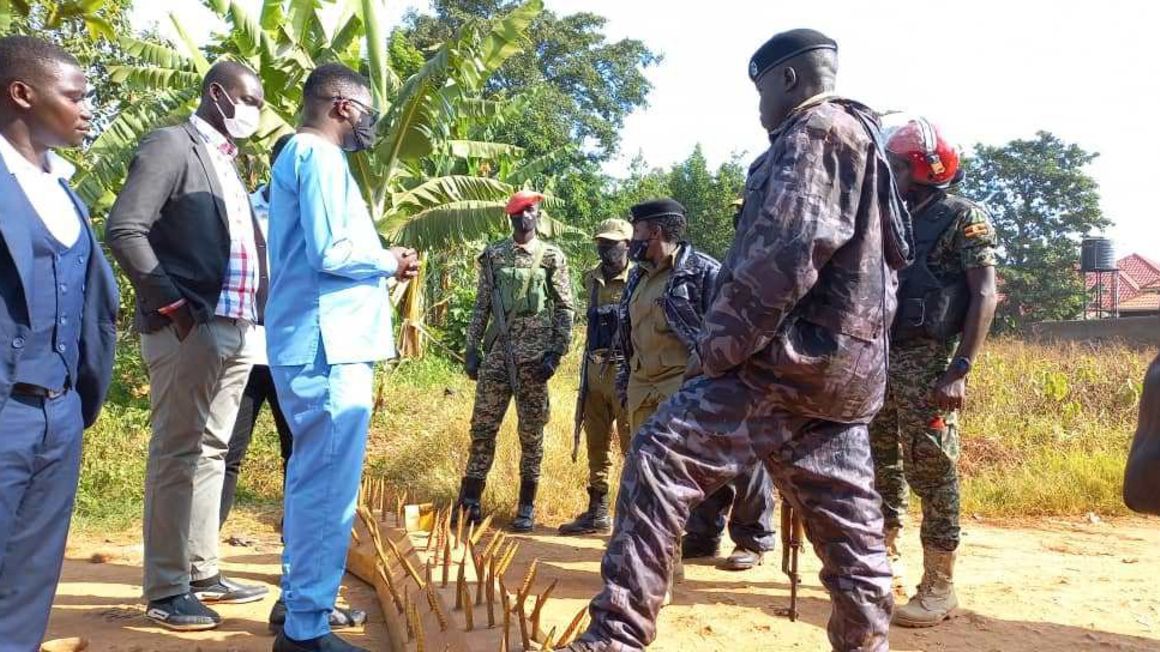 Police and the army on Tuesday morning surrounded the home of former presidential candidate Robert Kyagulanyi aka Bobi Wine ahead of his planned visit to Kayunga District in central Uganda where he’s scheduled to hold campaign meetings for his party candidate in the Kayunga district chairperson by-election.

Security officers set up roadblocks on all the roads near the National Unity Platform (NUP) leader’s home in Magere, Wakiso District.

“This morning, ahead of my planned visit to Kayunga District to campaign for our flag bearer, the police and military deployed overnight around my home in an apparent attempt to block me from leaving. The cowardly regime is on its way out. A matter of time,” Mr Kyagulanyi tweeted Tuesday morning.

Makindye East MP Derrick Nyeko is one of the people who were blocked from accessing Mr Kyagulanyi’s home.

The musician-turned politician later tweeted saying his security guard and a gardener had been arrested by the security team.

“The military has increased deployment around my home. No one is allowed to leave or enter. Our security guard and gardener have been violently arrested, beaten and bundled into ‘drones’ outside our gate. Their phones confiscated. #DictatorMuseveni is so shameless. He places me under house arrest, and then uses tax payer’s money to ferry people to go see him in Kayunga! This is why we are not giving up until Uganda is free,” Mr Kyagulanyi said moments after an arrest van and a police patrol truck were seen speeding from his compound.

The deployment comes hours after Kayunga Resident District Commissioner, Mr Ssempala Kigozi, said Monday that Mr Kyagulanyi would not be allowed in the district to drum up support for his party flagbearer Harriet Nakwedde as candidates in the district LC5 by-election wind up their campaigns today.

However, Mr Fred Enanga, the police spokesperson, told journalists yesterday that: “No one has blocked Bobi Wine from campaigning for his candidate in Kayunga, but EC (Electoral Commission) issued guidelines banning processions and observance of protocols against Covid.”

The President is scheduled to hold two campaign meetings in Kayonza and Busaana sub-counties today.

The Leader of Opposition in Parliament, Mr Mathias Mpuuga, Ms Shamim Malende, the Kampala Woman MP, and other Opposition members have also pitched camp in the district.

Security officers set up a road near the home of @NUP_Ug leader Robert Kyagulanyi aka @HEBobiwine in Magere, Wakiso District ahead of his planned visit to Kayunga district to campaign for NUP candidate in the District chairperson race.#MonitorUpdates