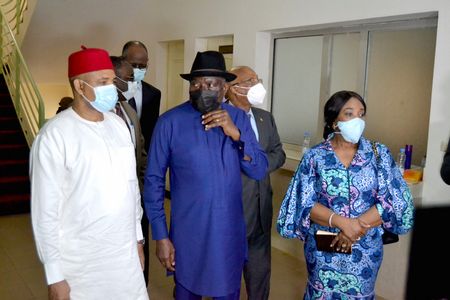 An ECOWAS delegation visited the Malian capital, Bamako, to assess progress towards promised elections following a military coup in August 2020. The bloc has threatened additional economic sanctions if no concrete progress is made by the end of December.

Jonathan said the delegation wanted to pass along the bloc’s hope that “by the end of the year, we will have a whole schedule in place for the organisation of elections.”

There was no comment on the meeting or election schedule from Mali’s transitional authorities, who previously said the vote will likely be delayed by a few weeks or months beyond the agreed February 2022 deadline due to security reasons.

Mali’s transition is seen as a key test of West African leaders’ commitment to protect democracy against a return to the frequent putsches that earned the region its reputation as a “coup belt” in the decades after colonialism ended.