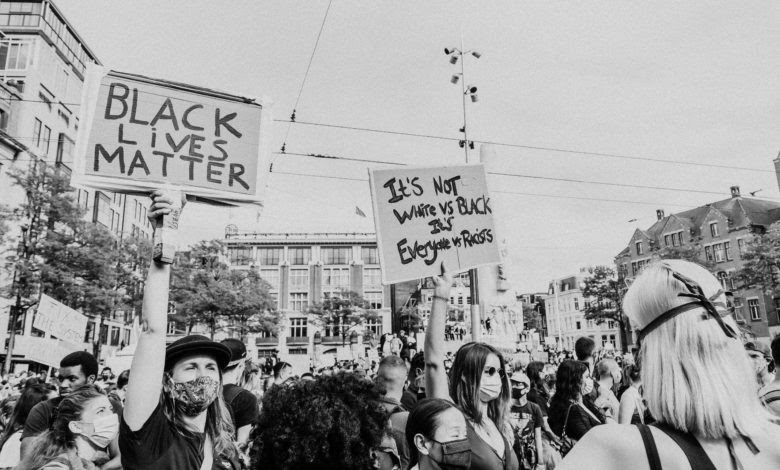 Black Lives Matter is now the largest American movement highlighting police brutality and injustices meted out to the black community. It started out of necessity to educate people on systemic racism and white privilege as well as hold demonstrations when people from minority communities were treated unfairly. Peaceful protests have been organized when injustices are done on people from the Black community, and they have attracted large numbers of followers even from other races. University students, retirees, and protestors from all walks of life have made posters and marched to show their support, and now the world is listening.

Trayvon Martin was 17 years old on Feb 26, 2012, when he was shot fatally in Sanford, Florida. The young high school student of African-American descent was walking home from the stores when he was spotted by Zimmerman, 28, of German and Peruvian ancestry. This story is similar to those online essays about racism that paint a picture of inexplicable discrimination to a few races. Zimmerman called the police and described Martin as “up to no good, or he’s on drugs or something” and a “really suspicious guy,” and he proceeded to follow him on the streets. This complaint was accompanied by the fact that there had been a few neighborhood burglaries lately.

Zimmerman and Martin were involved in an altercation, during which Martin was shot at close range, never mind he was unarmed. The police got to the scene, but it turned into one man vs. the other’s narrative, which was biased because the dead don’t tell stories. Zimmerman was let go as there was no way to prove he wasn’t threatened by Martin enough to resort to the force he used. Again, this is typical from the essay examples and essay samples online concerning BLM. This senseless killing of an unarmed black man started a movement when Zimmerman was found not guilty by a jury after 16 hours of deliberation.

Martin’s may have been the first case to invoke the anger of the Black community and fire up the BLM movement, but it wasn’t the first unfair fatal shooting. On February 23, 2020, 25-year-old AhmaudArbery was shot dead in Satilla Shores, Glynn County, Georgia, USA. He was jogging in the neighborhood and made a stop at an unfinished building. Security cameras show Arbery looking inside the house at the interior and then leaving without touching anything. As he continues his jog, he is accosted by Travis McMichael, his father Gregory, and William “Roddie” Bryan, who took a video of the events with his phone. Arbery, who is unarmed, is shot and killed on impact.

Breonna Taylor, a 26-year-old African-American woman, met her death on March 13, 2020, in her Louisville, Kentucky, apartment. Three white officers from Louisville, Jonathan Mattingly, Brett Hankison, and Myles Cosgrove, forcefully entered her apartment, where her boyfriend, Kenneth Walker, fired a warning shot, thinking they were intruders. A bullet hit Mattingly on the foot, and the policemen returned fire 32 times. Six of their bullets hit Taylor, killing her instantly. They said, in their report, that they announced themselves before forcing entry, but Walker says he didn’t hear such an announcement. The raid was linked to a drug search, but Taylor’s house was never searched.

George Floyd is the latest and most impactful shooting in the recent past as it caught the attention of millions across the world. It all started when Floyd paid for cigarettes in what was said to be a fake $20 bill at Cup Foods in Minneapolis, Minnesota. The police were called, and the matter escalated to what the world was shown – a White policeman kneeling on a Black man’s neck and consequently killing him. The owner of Cup Foods, Mike Abumayyaleh, described Floyd as a peaceful man and a regular customer, but he wasn’t in on the day of the incident. The scuffle that led to Derek Chauvin kneeling on Floyd’s neck started when they tried to load the accused into a police van. Floyd is said to have refused to get in as he was claustrophobic.

The black lives matter movement, whose social moniker is #BlackLivesMatter, was started in July 2013 after Zimmerman was acquitted in the murder of Trayvon Martin. It brings to the world’s attention injustices faced by the Black people for simply existing in their skin color. It is not necessarily political, but a call for all people to cease discriminating against others based on things about themselves that they cannot and should not change. This movement attracts college students, the LGBTQ+ community, young professionals, celebrities, and people from all walks of life that identify with its mission. The movement affirms the lives of those naturally discriminated against and fosters the joy of Black people.

Why this Movement is Different

The latest BLM protest showed this movement to be a force to reckon with when it got several parts of the world to participate and demand that white supremacists do better. It is different in that the participants will not be cowed. They have been pushed too far and are not demanding to be treated better. These are young, fearless people who have seen their parents handle discrimination and mistreatment with grace it didn’t deserve for so long, and they have decided they shall not continue this narrative.

Basic education on treating people of all races should start at an early age and carry on till we are older so that it doesn’t take such movements as BLM to remind people to be mindful of others. While this movement is a much-needed initiative, it is still sad that it has to exist for white supremacists to be taught humanity.