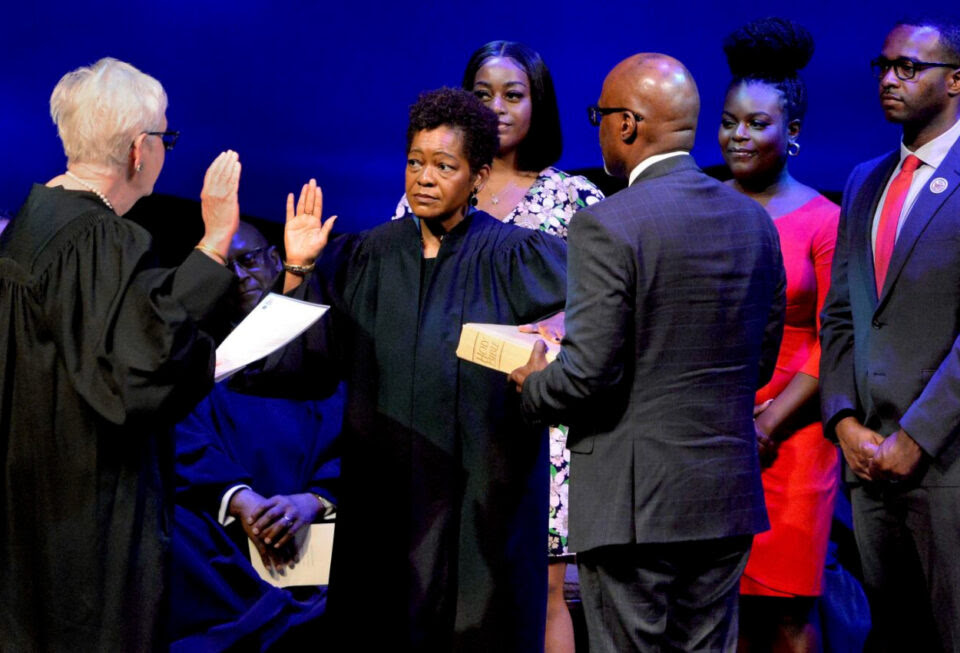 A week after Ketanji Brown Jackson was sworn into the U.S. Supreme Court, another Black woman’s judicial appointment is being celebrated. Lisa Holder White took the judicial oath Thursday to become the first Black female justice in the 203-year history of the Illinois State Supreme Court.

Holder White was selected for the post by retiring Justice Rita Garman as her replacement in the central Illinois district and was sworn in by Justice Mary Jane Theis at the Abraham Lincoln Presidential Library and Museum.

“My heritage is a heritage that once involved minds and bodies that were shackled, and doors that were so, so long closed,” Holder White said.

“Taking my oath in this place today recognizes the undeniable value and merit of what I — as a Black woman, mother, daughter, sister, wife, and jurist — have to contribute to the work of our state’s highest court.”

“It is proof positive of the progress of this great nation and our great state. It is a testimony to the notion that as women and people of color we need not limit our dreams or settle for less.”

The 54-year-old justice earned her undergraduate degree at Lewis University and her law degree from the University of Illinois College of Law in Urbana Champaign. Holder started her career as a prosecutor in Macon County.

After working simultaneously as a public defender and in private practice, Holder White was named an associate judge in the sixth judicial circuit in 2001. Justice Garman noted Holder White’s humbleness when being sworn into the position.

“It is truly a historic day for the Land of Lincoln,” Garman said before Holder White was sworn in.

“But even while breaking barriers in the judicial system and serving as an inspiration to others, she has remained humble, true to her roots and dedicated to ensuring that all those who come before the courts are treated with dignity and with respect.”

Holder White will hold the position until 2024 when it will be up for election. Holder White said she plans to run for a 10-year term. Her current appointment gives Democrats a four-three advantage on the state’s highest bench. However, that advantage could be short-lived as two seats are up for election this fall.