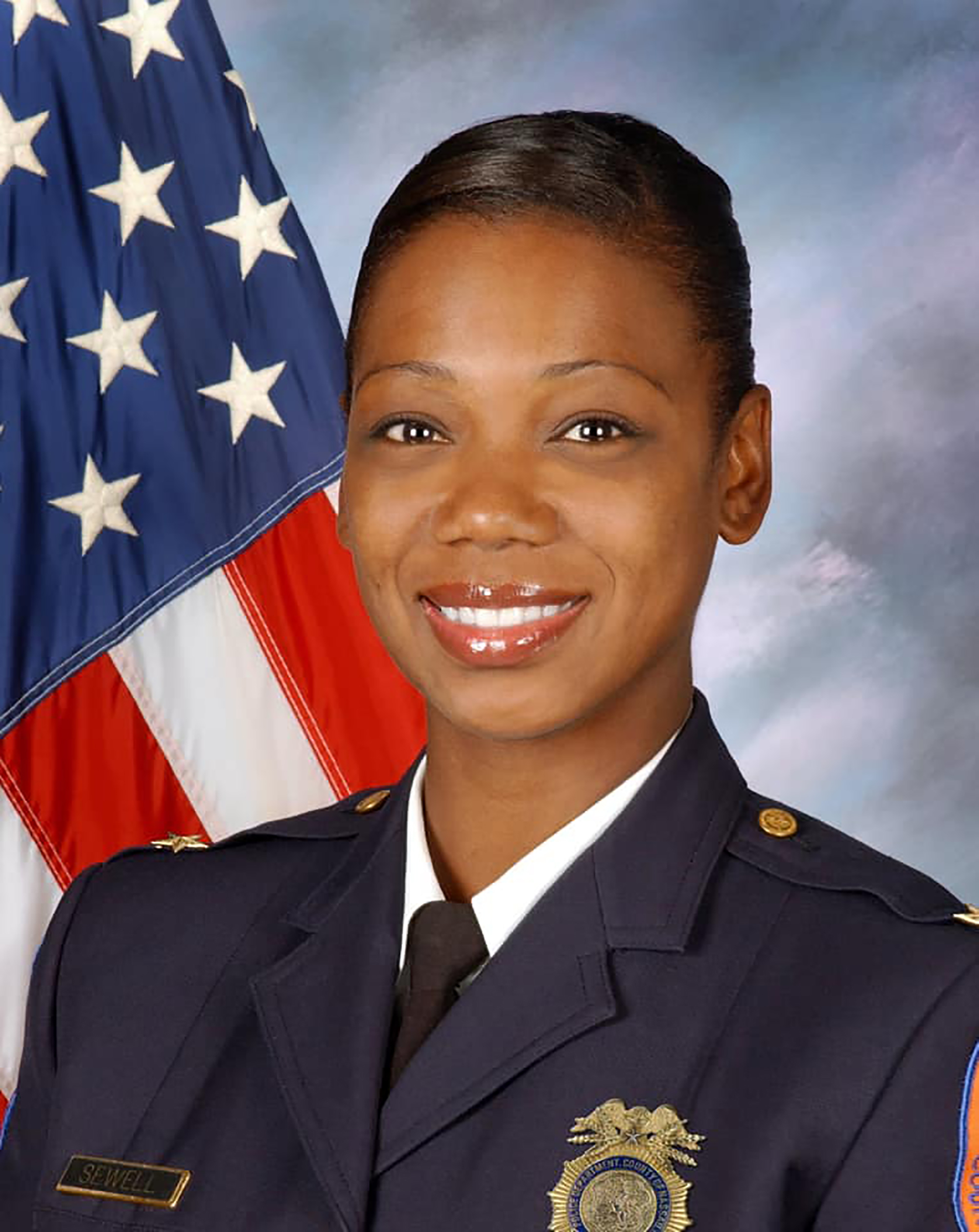 (CNN)New York City will get its first female police commissioner in the new year after Mayor-elect Eric Adams picked Nassau County Chief of Detectives Keechant Sewell to take over the nation’s largest police department.”Keechant Sewell is a proven crime fighter with the experience and emotional intelligence to deliver both the safety New Yorkers need and the justice they deserve,” Adams said in a statement released to CNN on Tuesday. “Chief Sewell will wake up every day laser-focused on keeping New Yorkers safe and improving our city, and I am thrilled to have her at the helm of the NYPD.”Adams, a retired NYPD captain who was elected mayor last month, formally introduced Sewell at a press conference in Queens on Wednesday morning. During the Democratic primary this summer, Adams embraced a public safety message and ran on a promise to beef up and reform the NYPD amid concerns over a recent rise in violent crime.

Sewell will take over a department struggling to tamp down a startling rise in gun violence in murders since spring 2020. NYC has had 443 murders so far this year, surpassing last year’s total and a 45% increase from just two years ago, according to NYPD data.

Rising crime in New York has gripped the mayoral race. Eric Adams says he alone can fix it.Sewell has been with Nassau police on neighboring Long Island for over 25 years and was promoted to Chief of Detectives in September 2020, becoming the first Black woman to hold that role, Adams said.She is a leader with a “full breadth of experience,” Adams said. “She didn’t sit behind a desk. She was out there learning the job and learning how to be better for the job.”The announcement of her impending appointment is “a powerful message to girls and young women across the city. There is no ceiling to your ambition,” he added.Sewell accepted the nomination and praised Adams in return for pledging during his campaign to select a woman to lead the NYPD.”I am mindful of the historic nature of this announcement. As the first woman, and only the third black person to lead the NYPD in its 176-year history, I bring a different perspective, committed to making sure the department looks like the city it serves, and making the decision, just as Mayor-elect Adams did, to elevate women and people of color to leadership positions,” she said.Sewell said she would be focused on stopping violent crime with an emphasis on guns, and she emphasized that public safety and police accountability were related challenges.”I will have the backs of my officers, but they must have the backs of the public,” she said.Adams will be inaugurated as mayor January 1, taking over for Bill de Blasio.”The foundation is safety. We can talk about all the other pieces, but we have to be safe. If we’re not safe, tourism is not going to return,” Adams told CNN’s Gloria Borger ahead of the election. “No business is going to stay if their employees can’t ride our subway systems to get to their office space.”

Joseph Giacalone, a retired detective squad sergeant in the New York Police Department and a professor at John Jay College of Criminal Justice, noted that Sewell is “entering a whole new police culture, much different than she’s used to.””She’s going to have to figure out who she’s going to promote, there’s going to be chiefs leaving so she’s going to have choices between picking people loyal to her, and the nice thing is you have Adams as mayor but also as a retired captain like herself, so he can help with some of that process too,” Giacalone told CNN.Adams was likely to be more hands on as a mayor than people expect, in part since he took a chance on an outsider who doesn’t have a lot of experience running a department, Giacalone said.”She’s going from a few hundred detectives to 30,000 cops, that’s a big jump,” Giacolone said.

Eric Adams elected as New York City’s second Black mayor, CNN projectsGiven the rise in violent crime in the city, Sewell’s “worries are going to revolve around what the city council’s doing in regards to crime and quality of life issues, and the surge of gun violence,” Giacalone said. “Her legacy will be tied to that more than anything.”Following news of the pick, the Police Benevolent Association of New York City, the union representing the city’s officers, welcomed Sewell as the next police commissioner, asking her to get the department, and the city, back on course.”We welcome Chief Sewell to the second-toughest policing job in America,” PBA President Patrick Lynch said in a statement. “The toughest, of course, is being an NYPD cop on the street.”Lynch added New York City police officers “have passed their breaking point,” adding, “we need to fix that break in order to get our police department and our city back on course.””We look forward to working with her to accomplish that goal,” Lynch said.In its own statement, the Legal Aid Society welcomed the appointment, which they “hope will bring a new approach to the helm of an agency in dire need of top-to-bottom reforms.”

“The next Commissioner must demonstrate an understanding that many community problems do not warrant a law enforcement response; that police misconduct must be taken seriously and addressed swiftly; and that tackling some of our city’s most pressing public safety issues, especially gun violence, requires full funding for proven, community-based approaches,” the statement said.”The Commissioner must also immediately meet with community members to build real and meaningful pathways to input and accountability,” it added.