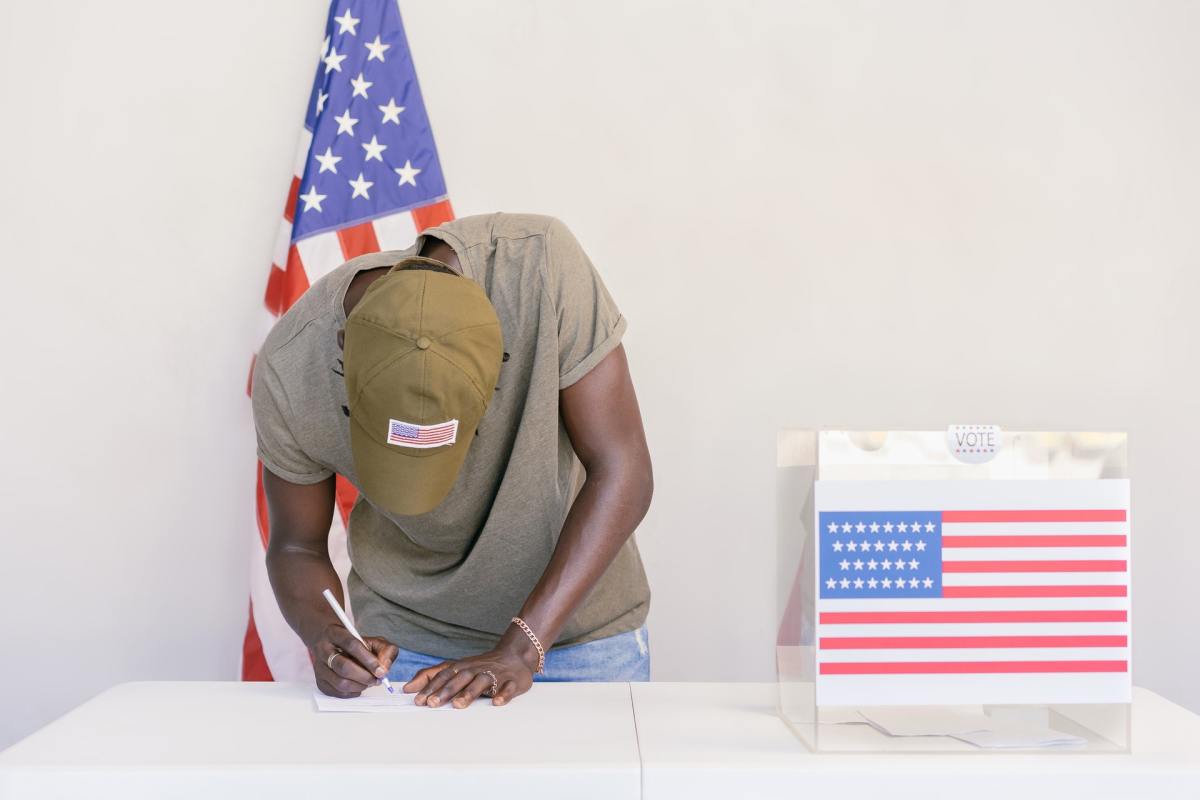 The bi-monthly surveys, billed as the largest recurring polls of Black adults, sample 1,000 people across the country.

The November Temperature Check found that 52% of Black adults are “satisfied” with the direction the country is heading in. This is a 10-point increase from the September results.

Since then, three white men were convicted of murdering Ahmaud Arbery, the unemployment rate for Black adults in the work force has dropped, and November’s election saw historic results for candidates of color.

The bi-monthly surveys, billed as the largest recurring polls of Black adults, are run by think tank Black 2 the Future Action Fund. The surveys sample 1,000 Black adults across the country.

In addition to the aforementioned events, the report cites Congress passing the Infrastructure Investment and Jobs Act, which included funding to improve access to broadband internet, upgrade transit systems, and start funding some of the administration’s climate goals.

“The bipartisan Infrastructure Investment and Jobs Act will address these monumental concerns while also advancing racial justice and equity through investments in communities of color,” DNC chair Jaime Harrison said in a statement about the legislation, adding that “neighborhoods across the country will be safer, healthier, better connected, and Black Americans will experience an enhanced quality of life for generations to come.”

After a steep drop, Black adults are more satisfied with the direction the country is heading
Following an 18 percentage point decline, the satisfaction rose 10 points in November

New for this survey, B2F asked what the current administration’s climate change priorities should be. The majority response was investing in clean energy technology development, coming in at 53% of respondents. Followed closely at 40% was investing in sustainable energy.

The other new climate question was about personal experiences with weather events. The top two answers, both reportedly experienced by 46% of respondents, were stronger storms and higher temperatures.

Part of the technology development included in the Build Back Better infrastructure bill includes funding to replace lead pipes, “particularly in disenfranchised communities and schools, as well as grants for low-income households that pay a high proportion of household income for drinking water and wastewater (including stormwater) services,” Washington Informer publisher Denise Rolark Barnes wrote in an op-ed about the reality of water scarcity.

These are the top climate policy solutions for the current administration

Though Black adults are increasingly happy with the direction the country is heading, they are equally unhappy with the economy. In the November results, 54% of respondents reported being dissatisfied with the state of the economy, which is similar to September.

Though the overall perception of their financial health didn’t drastically change since the last report, there are a few key changes worth noting.

Along those lines, 43% of respondents are in favor of $2,000 monthly relief checks, and 35% want to raise the minimum wage to $15 an hour. In the survey, 42% of respondents said they have been having difficulty paying household expenses during the pandemic, and 63% said they would use relief checks to pay for food, which is an increase from the 57% response in September.

Additionally, 73% of Black renters are reporting needing a stimulus check to help pay their rent.

The good news is that 83% of fully vaccinated Black adults reported that they will likely get the booster shot. At the end of November, 75% of those 65 and older who had received the booster were white.

Though public health did not rank highly among the respondents’ top environmental concerns, there are other promising results: in all four questions asked, roughly 60% or more of respondents were in favor of vaccine and mask mandates.