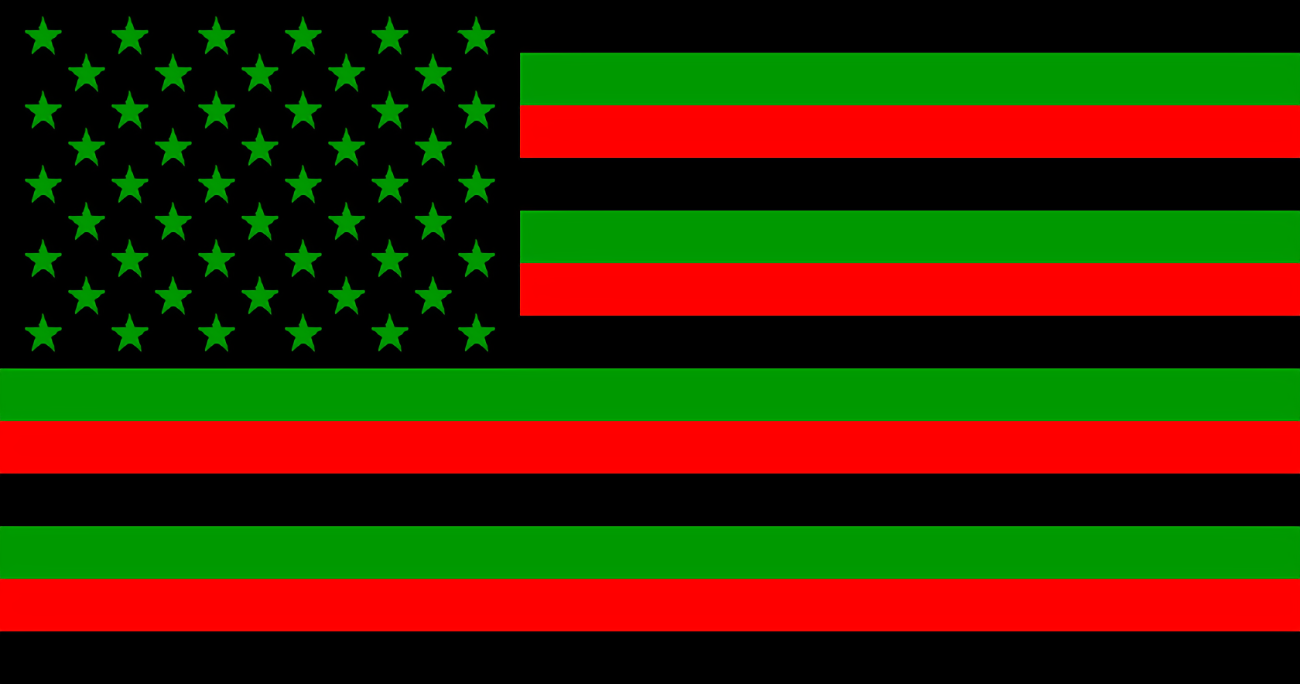 After the Civil War, African Americans in the South transformed Independence Day into a celebration of their newly won freedom.

“What, to the American slave, is your 4th of July?” Famed black abolitionist and former slave Frederick Douglass posed this question before a large, mostly white crowd in Rochester, New York, on July 5, 1852. It is “a day that reveals to him, more than all other days in the year, the gross injustice and cruelty to which he is the constant victim,” Douglass explained, adding that he felt much the same: “I am not included within the pale of this glorious anniversary! … This Fourth [of] July is yours not mine.”

A little more than a decade later, however, African Americans like Douglass began making the glorious anniversary their own. After the end of the Civil War in 1865, the nation’s 4 million newly emancipated citizens transformed Independence Day into a celebration of black freedom. The Fourth became an almost exclusively African American holiday in the states of the former Confederacy—until white Southerners, after violently reasserting their dominance of the region, snuffed these black commemorations out.

Before the Civil War, white Americans from every corner of the country had annually marked the Fourth with feasts, parades, and copious quantities of alcohol. A European visitor observed that it was “almost the only holy-day kept in America.” Black Americans demonstrated considerably less enthusiasm. And those who did observe the holiday preferred—like Douglass—to do so on July 5 to better accentuate the difference between the high promises of the Fourth and the low realities of life for African Americans, while also avoiding confrontations with drunken white revelers.

Yet the tables had turned by July 4, 1865, at least in the South. Having lost a bloody four-year war to break free from the United States and defend the institution of slavery, Confederate sympathizers had little desire to celebrate the Fourth now that they were back in the Union and slavery was no more. “The white people,” wrote a young woman in Columbia, South Carolina, “shut themselves within doors.”

African Americans, meanwhile, embraced the Fourth like never before. From Washington, D.C., to Mobile, Alabama, they gathered together to watch fireworks and listen to orators recite the Emancipation Proclamation, the Declaration of Independence, and the Thirteenth Amendment, which abolished slavery when it was ratified in late 1865.

As we document in our new book, Denmark Vesey’s Garden: Slavery and Memory in the Cradle of the Confederacy, the most extraordinary festivities were held in Charleston, South Carolina, the majority-black city where Southern secession and the Civil War had begun. At the 1865 commemoration in Charleston, one speaker noted the altered meaning of the holiday for black Americans, who could at last “bask in the sunshine of liberty.”

The martial displays at this and subsequent celebrations underscored his point. Each year, thousands of black South Carolinians lined up early to watch African American militia companies march through city streets. Led by mounted officers, some of whom were ex-slaves, these black companies were often named for abolitionists and other black heroes. The 1876 Fourth of July parade included the Lincoln Rifle Guard, the Attucks Light Infantry, the Douglass Light Infantry, and the Garrison Light Infantry.

The Charleston parades typically ended at White Point Garden, a beautiful park at the base of the city peninsula, where enormous crowds bought peanuts, cakes, fried fish, and sassafras beer from vendors camped out in shady spots. “The whole colored population seemed to have turned out into the open air,” reported the Charleston Daily News on July 5, 1872, “and the gardens were so densely thronged that it was only with the utmost difficulty that locomotion was possible amid the booths, stalls and sightseers.”

Throughout the South, freedwomen were conspicuous participants in Fourth of July celebrations, pushing back against the gender and, in many cases, class barriers that relegated them to the sidelines of Reconstruction politics. The domestic workers and washerwomen of the Daughters of Zion and the Sisters of Zion, two benevolent societies in Memphis, Tennessee, marched in parades each year. The 1875 parade featured a carriage carrying “a queen for the day”—a striking claim to the respectability whites routinely denied black women.

At Charleston’s White Point Garden, freedwomen joined freedmen in annual performances of songs and dances, including one called the “Too-la-loo” that had subversive meaning. About two dozen participants—evenly split between men and women—formed a ring, into which one of the female dancers would move while the others sang and clapped. “Go hunt your lover, Too-la-loo!/Go find your lover, Too-la-loo!” they urged the lady in the center, who eventually chose a suitor to join her. The Too-la-loo allowed ex-slaves to poke fun at the elite courtship rituals of their former masters while also engaging in a raucous celebration of their own emancipation. In 1876, 50 groups danced the Too-la-loo from early morning until after midnight. The dance was so popular among the freed population in Charleston, in fact, that Too-la-loo eventually became shorthand for the Fourth of July there.

In Charleston and elsewhere, whites deeply resented their former slaves turning the Fourth into a commemoration of black liberty. What “a dreadful day” it was, complained one Charleston planter in a letter to his daughter. A local merchant lamented in his journal that the nation’s holiday had become “a nigger day”: “Nigger procession[,] nigger dinner and balls and promenades,” and “scarcely a white person seen in the streets.” Even some Northern whites could not abide what they saw. At the 1865 festivities in Mobile, federal troops from Illinois and Indiana were overheard wishing newly freed slaves dead.

They got their wish, in part, in the decade to come, as Fourth of July celebrations became more politically charged affairs. Republican candidates and officeholders played a prominent role in the festivities in the 1870s, much to the consternation of white Democrats, who used some commemorations as an opportunity to reclaim their power through force of arms. On July 4, 1875, a white mob broke up a Republican rally in Vicksburg, Mississippi, killing a black deputy sheriff. The next year, in the village of Hamburg, South Carolina, anger over a black militia parade on the Fourth boiled over into a full-blown riot that left at least seven African Americans dead at the hands of white vigilantes. The Hamburg massacre helped conservatives wrest control of local and state governments from the biracial Republican Party that fall, making South Carolina one of the final three Southern states to be returned to the Democratic fold.

In the years that followed, as white Southerners began implementing segregationist laws and customs, they quashed official black celebrations of the Fourth. Beginning in 1881, Charleston city leaders pushed Too-la-loo to parks further and further away from downtown until finally, in 1886, they succeeded in removing it from the peninsula altogether. African American families and friends continued to meet in more informal gatherings in the city, but by the early 1900s both Charleston and Atlanta had forbidden vendors from setting up food stalls along the streets where black residents had long congregated on the Fourth. The African American, noted a Memphis newspaper, now marked the holiday by “going way off by himself,” celebrating behind closed doors in black churches and cultural institutions or with family.

As they removed black commemorations from public spaces, white Southerners deployed racist tropes to question black affection for the holiday. The Atlanta Constitution declared on July 4, 1901, that African Americans seemed “a little hazey” as to why they actually celebrated the Fourth: “One shiny black-faced old darky said he reckoned they celebrated ‘jest ‘cause hit was watermelon season!’ and to the average brother in black that is reason quite sufficient.”

Beneath the ridicule was something more serious: a concerted effort to delegitimize black claims to the holiday. African Americans did not observe the Fourth, white critics sneered, out of a sincere sense of patriotism or an accurate understanding of what the day meant. After all, they insisted, the Fourth of July did not apply to black Americans. It neither represented their freedom nor testified to their status as people worthy of equal citizenship.

In 1902, white Atlantans completed their commemorative coup with an elaborate Fourth of July program. A children’s chorus sang three “patriotic” songs: “Dixie,” “The Star-Spangled Banner,” and “America.” A parade of local dignitaries, among them both Confederate and Union veterans, wound through the city. The nation’s birthday was back where it belonged—in the hands of “true” Americans.

That this patriotic display honored men who had fought to destroy the United States did not bother local whites. On the contrary, erasing the contradiction was necessary. By the turn of the century, white Americans everywhere gave in to the lure of sectional reconciliation. Union and Confederate veterans, for instance, buried the hatchet in reunions that emphasized the bravery of all combatants and avoided any reference to slavery or the legacy of emancipation. Reframing who could rightfully celebrate Independence Day proved a crucial part of this reconciliation process, helping paper over regional differences in the service of a unifying, national white supremacy.

In the Jim Crow South—where segregation, disfranchisement, and racial lynching were the order of the day—the message was clear: African Americans were as unfit for the fruits of freedom as they were for the Fourth of July. Once again, as Frederick Douglass had said a half-century earlier, black Americans were not included within the pale of their nation’s birthday.  ///