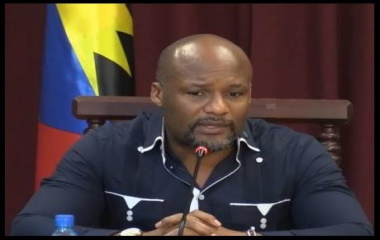 ST. JOHN’S, Antigua, Dec 21, CMC – Police have called on former education, science and technology minister, Michael Browne, to provide the “information” to support his allegation that investigators “deliberately fudged the investigation” prior to the charge being laid against him.

The Member of Parliament for All Saints West had always maintained his innocence and the High Court judge said the prosecution did not prove beyond all reasonable doubt that Browne was guilty of the offences dating back to 2020.

Speaking at a public meeting over the weekend, Browne questioned whether the police had “deliberately fudged the investigation of the matter,” adding “the moment when I was being accused, my accuser was active on her cell phone, rejecting phone calls and even texting others.

‘It is very interesting that the police missed that. Even in court documents it was also revealed that my accuser …sought the services of an attorney before reporting an incident to the police. Meanwhile several police officers past and present played a very active role, along with others, in ensuring that they would bring Michael Browne to pay or they would bring Michael Browne down”.

“I would not start now neither would I start in the future and so I resisted and after I resisted charges were brought and those charges, I was comfortable because I knew the facts spoke for themselves”.

But in a statement, the police said they are aware “of several allegations levelled against members of the police force by….Browne, following a recent court case.

“His assertions of “blackmail” and “collusions” by members of the police force in an attempt to have influenced the outcome of criminal proceedings against him are viewed to be very serious.”

The police said in light of the allegations, they have requested that Browne provides “the information; including the names of the officers allegedly involved in the conspiracy, so that an internal investigation can be initiated into the matter.

“Meanwhile, the Commissioner of Police is assuring the general public that the Royal Police Force of Antigua and Barbuda will continue to thrive on the highest level of discipline and will not condone any unethical and unprofessional behaviour from any member within that noble organization.”

During the public event, Browne, also disclosed that he had been dismissed from the Cabinet by Prime Minister Gaston Browne as a result of the charges being laid against him.

“I was subsequently fired as the minister of education, science and technology. I saw several news clippings saying that I had resigned. I never resigned I was fired…and understandably so. I do respect the decision that was taken and understand the predicament that the prime minister was in.

“So I never fought the fact that I was fired,” he added.

Prime Minister Browne had previously said the former minister would be reinstated if he was found not guilty and last week added that he was not certain whether it would be in the previous portfolio.

“If the Prime Minister appoints me to another ministry, whichever ministry he chooses to appoint me to I will work, because I am happy to serve my people. I am happy, I am ready and I am willing to work. I believe that I still have a lot to give, and I believe that because of this experience that I have been through,” Browne said.