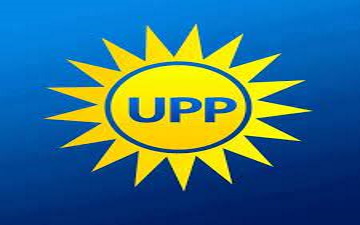 ST. JOHN’S, Antigua, Jan 24, CMC – The main opposition United Progressive Party (UPP) says it will on Thursday, launch its campaign for the next general election, constitutionally due in 2023, but widely expected to be held at an earlier date.

In a statement, the UPP, which governed this Caribbean island from 2004 to 2014, said it is using a “creative and responsible solution to adhere to social-distancing protocols” in its launch through the “mega Drive-In Rally”.

The party said that it will present its 16 candidates and campaign message and will also propose urgent solutions for the improvement of the nation’s healthcare system and share its plans to diversify the economy, thereby creating new opportunities in new sectors.

“With the unemployment rate estimated around 30 per cent, the UPP will create hundreds of new jobs to bring economic relief and improve the livelihood of citizens and residents. Our team is energized and committed to getting people back on track and back to work,” says UPP leader, Harold Lovell, a former finance minister.

Opposition Leader, Jamale Pringle, said the party is “ready to lead this country safely out of the pandemic and revive the economy.

“We want to see our communities flourish and our people realize their full potential,” he added.

The UPP said that the rally on Thursday will address issues that “are foremost in the minds of voters. “These include the lack of jobs, a worsening water crisis, the high cost of COVID-19 testing, crumbling infrastructure, the late payment of pensioners, and a burdened education system that must make up for time lost to the pandemic.

“Going forward, the UPP will continue to monitor the effects of COVID-19, and, if necessary, will utilize a hybrid-event format throughout the campaign to engage voters both in-person and virtually.

Prime Minister, Gaston Browne, who has successfully led the Antigua and Barbuda Labour Party (ABLP) to two consecutive general elections, has in the past, warned of the possibility of calling an early poll, as he did in 2018 when the party won 15 of the 17 seats in the Parliament.