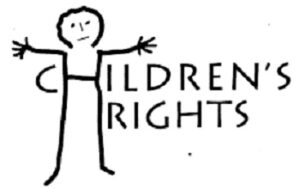 ST.JOHN’S, Antigua, Jun 17, CMC – The Antigua and Barbuda government says it intends to put new measures in place to deal with the problem of motorists preying upon young children in violation of the Sexual Offenses Act.

It said that the new measures will be put in place “to catch and arrest those who engage in activities that offend the law against minors”.

A statement issued following the weekly Cabinet meeting said ministers “abhors violation of young children and will act to ensure that these violations come to an end”.

The statement said that Cabinet had taken note of the conviction of a bus driver this week and that it “expects the perpetrator to be dealt with by the full extent of the law.

“Sexual predators against minors must face the severity of the law,” it added.

On Wednesday, bus driver Addison Browne was found guilty of tying up a minor and raping her in his private car when tasked with dropping her home.

The minor told Justice Ann-Marie Smith that she had known the accused for about five months before the incident took place in April 2019 by virtue of him being a bus driver for the route where she resided at the time.

He is set to be sentenced for the crime on July 15.

In the statement, Cabinet said that it had also held discussions with the leadership of the Bus Association and management of the Antigua and Barbuda Transport Board over the subsidy from which the bus owners will benefit as the price of fuel increases.

“It was agreed that fisherfolk, taxi drivers and bus drivers will continue to enjoy a reduction in the amount being charged at the pump; that further reduction would result in the same concessionary amount now being paid.

“The discount would now stand at 30 per cent reduction of the price, and it will take effect immediately. The discount is intended to ensure that the taxi drivers, the fisher folks and the bus drivers pay no more than what they were paying before the recent increases, thereby causing their prices for the products and services to remain the same,” the statement said.