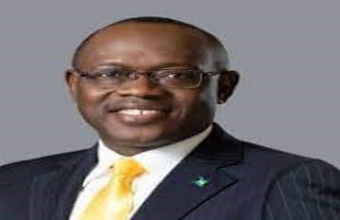 NASSAU, Bahamas, May 12, CMC – The Bahamas government has confirmed that the autopsies have been completed on the bodies of three American tourists who were found dead at Sandals Emerald Bay resort in Exuma last week.

But Acting Prime Minister Chester Cooper said the findings have not been released as the investigations continue into the deaths of married Tennessee couple Michael and Robbie Phillips and Vincent Paul Chiarella of Florida.

Another American, said to be the wife of one of the deceased, was airlifted to New Providence to receive treatment at the Princess Margaret Hospital. She has since been flown to the United States for further medical treatment.

Cooper said that the autopsies were completed on Tuesday and “there is no report for it as yet.

“As the Commissioner of Police rightly pointed out, there has to be some toxicology lab work and that is being expedited as quickly as it can be done.”

Police said the victims, who were found dead last Friday night in two separate villas, had along with Chiarella’s wife, Donnis visited the island’s clinic seeking medical attention for nausea and vomiting.

“The investigation is continuing. We are thankful to the multi-ministry team that have visited Exuma led by Dr (Michael) Darville (Health and Wellness Minister) …and when we have more information as it relates to the cause of death, we’ll provide that for you,” the acting prime minister said.

He said the police had released the official identities of the victims and the process to be followed.

Police Commissioner Paul Rolle told reporters earlier this week that investigators were looking into several points of interest to determine the victims’ cause of deaths, including what they ate as well as whether any “contaminants” were present in the separate rooms where they were found.

The samples have been taken to the United States for further examination and the results are expected to be completed within seven days.

“So far, there hasn’t been any significant cancellations from bookings at Sandals as I’m advised and based on what we’ve seen overall in terms of queries from the international community, I believe that they understand that this is an isolated situation contained to the two villas in question and contained to this resort and they know that we have 16 island destinations within The Bahamas,” said Cooper.

In a press statement issued after the incident, Sandals expressed “deep sadness” adding that “nothing is more important to Sandals Resorts than the safety of our guests”.

It said “a health emergency was initially reported and following our protocols we immediately alerted emergency medical professionals and relevant local authorities to provide support and investigate the situation.

“We are actively working to support both the investigation as well as the guests’ families in every way possible during this difficult time. Out of respect for the privacy of our guests, we cannot disclose further information at this time.”