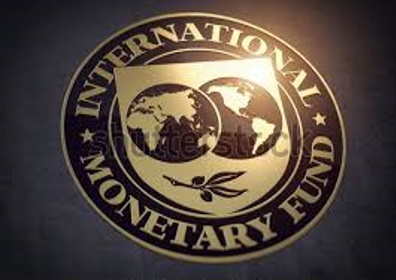 The Washington-based financial institution has just conclude the Article IV consultation with Barbados as well as its sixth review of Barbados’ economic reform programme supported by an arrangement under the Extended Fund Facility (EFF). T

The IMF said that the prolonged global coronavirus (COVID-19) pandemic, along with the twin natural disaster shocks of volcanic ashfalls from neighbouring St. Vincent in April and category 1 hurricane Elsa in July, poses a major challenge for the tourism dependent economy.

He said a temporary relaxation of the primary balance target for fiscal year 2021/22 is appropriate given the lingering impact of the pandemic and unexpected spending needs to address the impact of Hurricane Elsa and ashfalls from nearby volcanic eruptions.

“The authorities will have to compensate this short-term fiscal accommodation with higher primary surpluses in the medium term to safeguard debt sustainability.”

The IMF official said that medium-term fiscal adjustment will be supported by reforms to state-owned enterprises (SOEs) and to create fiscal space for investment in physical and human capital, transfers to SOEs need to decline by strengthening oversight of SOEs, revenue enhancement, cost reduction, as well as mergers and divestment.

He said the authorities’ plans to reform the pension system and introduce a fiscal rule will also support fiscal sustainability.

Li said the Barbadian authorities took an appropriate monetary and financial policy response to the pandemic and that they plan to recapitalize the central bank gradually.
“Carefully unwinding pandemic related credit support measures, as conditions allow, will be critical to contain financial sector risks,” he said.

The Central Bank of Barbados plans to join the Network for Greening the Financial System and intends to gradually integrate climate change risks into its financial stability assessments.

“Going forward, the authorities should also work, in close cooperation with the Financial Action Task Force, to further strengthen the AML/CFT framework.”

Li said that medium-term growth prospects depend on accelerating structural reforms to improve the business climate, diversify the economy, and facilitate green and digital transformations.

He said strengthening resilience to natural disasters and climate change, combined with an accelerated transition to renewable energy, is key to achieve more sustainable economic growth and reduce vulnerability to international oil price volatility. I

“In this regard, the authorities’ ambitious target of reaching 100 per cent renewable energy by 2030 is commendable.”