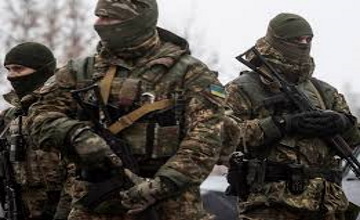 BELMOPAN, Belize, Feb 7, CMC – Belize has become the second Caribbean Community (CARICOM) country to express concern at the possibility of a full scale war in Ukraine as Russia continues to amass troops on the borders of the European country.

Belize, whose Prime Minster, John Briceno, is the current chairman of the 15-member regional integration grouping, said that it is “extremely concerned about the evolving security situation on Ukraine’s eastern border, which poses a threat to international peace and security”.

Belmopan said that it was urging “all relevant parties to exercise restraint” and that they should “intensify their diplomatic efforts to de-escalate the current tensions and to peacefully resolve the underlying issues which gave rise to this geopolitical situation.

“Belize emphasizes its firm commitment to respect for sovereignty, territorial integrity within internationally recognised borders, non-interference in the internal affairs of another state, the prohibition on the threat or use of force and peaceful resolution of disputes. Universal respect and adherence to these norms and principles of international law are fundamental to the maintenance of the international system and peace and security,” the government said in a statement.

“We believe that the issues relating to tensions between Russia and Ukraine, need to be addressed through diplomatic efforts. A military solution will not redound to the benefit of any nation,” Skerrit said.

“The matter poses a threat to international peace and security and will lead to unprecedented implications for the global community. The world can ill-afford armed conflict during this period of global uncertainty, which will result in adverse social and economic impacts; and political strife,” the Prime Minister noted.

“Dominica calls for de-escalation dialogue to ease tensions and secure a nonviolent resolution to the conflict; and the charting of a path to peace for the safety and security of all,” Skerrit said.

Ramator, who served as head of state from 2011 to 2015, in a letter published in the Stabroek newspaper on Monday, warned that if “war breaks out we will all be affected.

“I am concerned about the deafening silence of the leaders in Latin America and the Caribbean, and other regions of the world,” Ramator said, adding “this is very unfortunate, because if war breaks out we will all be affected.

“It is tragic that while this situation has negative global consequences, only two countries are talking and the rest are just onlookers. This must not be left in the boardrooms, people must have a say. Heads of States and governments should demand a meeting of the United Nations General Assembly to discuss this and bring it to a just conclusion. We must not remain innocent bystanders,” he wrote.

On Monday, French President Emmanuel Macron said he thinks a deal to avoid full scale war in Ukraine is possible and that it is legitimate for Russia to raise its own security concerns.

Marcon is due to meet with Russian President Vladimir Putin on Monday and called for a “new balance” to protect European states and appease Russia.

He restated that the sovereignty of Ukraine was not up for discussion.

Moscow has made a string of demands, including that the NATO defence alliance rule out Ukraine Meanwhile, the United States, which has been sending troops to Poland to help support NATO forces, has again warned that Russia could invade Ukraine at any time.

“We are in the window. Any day now, Russia could take military action against Ukraine, or it could be a couple of weeks from now,” said White House national security adviser Jake Sullivan.