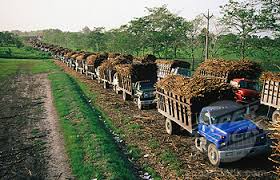 BELMOPAN, Belize, Dec 27, CMC – The sugar crop is due to get underway here on Monday with Prime Minister John Briceno indicating that the sugar industry “is of vital importance” to the country.

His statement comes as there is no consensus on how the two main stakeholders, namely, the Belize Sugar Cane Farmers Association (BSCFA) and the Belize Sugar Industries Limited (BSL) will reach a new commercial agreement as the present accord expires on January 19, next year.

“So far the parties have not reached agreed terms for a long term agreement to apply to the delivery, milling of marketing of sugar cane,” said Briceno in a letter to both parties indicating that his government had outlined proposals for their consideration going forward.

In the December 23 letter, Briceno wants both parties to engage in good faith negotiations, beginning in January 2022, with a view to conclude a new commercial agreement before April 30 next year.

In the intervening time, the government is proposing that the current commercial agreement will continue to apply to the delivery and processing of sugarcane.

The letter also notes that the start of the sugar crop will begin on December 27 with the Sugar Industry Control Board (SICB) indicating that it remains confident that an agreement will be reached.

“So, we see that there will be no need to reach end of April with no agreement,” he added.