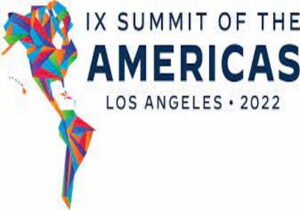 BELMOPAN, Belize, May 12, CMC – Caribbean Community (CARICOM) leaders are expected to meet on Thursday to decide on a possible final position as to whether they will attend the Summit of the Americas to be held in the United States next month.

CARICOM chairman and Belize Prime Minister, John Briceño said Washington is lobbying for CARICOM to change its position and not boycott the June 6-10 summit that Washington said is expected to focus on “Building a Sustainable, Resilient, and Equitable Future” for the hemisphere.

“We said that we would only attend if everyone is invited.  As you all know, the Americans are under an intense diplomatic drive to be able to get us to attend. The Summit of the Americas is very important and we have not had one for some time now, since the pandemic.”

Briceño said that CARICOM wants to attend and that “this is an opportunity to be able to address issues not only to Belize but also to the region.

“So, it is not a decision taken lightly. The way things are progressing right now, and with the intense lobbying from the United States, CARICOM will meet again. We hope to be able to meet (Thursday) to see what will be the final decision. At this time it is still that we will not attend.”

Earlier, Antigua and Barbuda says several CARICOM leaders were “resiling” from a position of boycotting the summit should Washington go ahead with its decision of not extending an invitation to Cuba and Venezuela.

In addition, the regional leaders had also expressed their opposition to Venezuelan Opposition Leader, Juan Guaidó leading a Venezuelan delegation to the event.

According to the statement issued following the weekly Cabinet meeting in Antigua, ministers “held a discussion about the Summit of the Americas” to be hosted by President Joe Biden in Los Angles.

“Several heads of state and of government have indicated that they will not attend if that policy is pursued. In fact, the CARICOM had also agreed that heads will not attend if Cuba, Nicaragua and Venezuela were not invited to the summit,”

But the Cabinet statement noted that “several members of CARICOM are resiling from that position,” and Prime Minister Gaston Browne, having announced that he will “not be participating under those conditions, has remained committed to the initial position”.

Leaders of the Organisation of Eastern Caribbean States (OECS) met last weekend to discuss the issue with Antigua and Barbuda and St. Vincent and the Grenadines already indicating that the sub-regional grouping would not support an invitation going to Guaidó while also leaving out President Miguel Díaz-Canel of Cuba.

The US State Department in a statement announcing the Summit of the Americas had indicated that “as Chair and Host, the United States will work with the region’s stakeholders toward securing leader-level commitments and concrete actions that dramatically improve pandemic response and resilience, promote a green and equitable recovery, build strong and inclusive democracies, and address the root causes of irregular migration.

“Our commitment to diversity and inclusion will underpin our efforts,” Washington added.

Earlier this week, Trinidad and Tobago said its preference would be for a Summit of the Americas to be one that is “inclusive rather than exclusionary”.