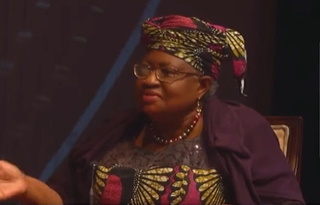 BRIDGETOWN, Barbados, Dec 29, CMC – The Director-General of the World Trade Organisation (WTO) Dr. Ngozi Okonjo-Iweala, Wednesday said the Caribbean could serve as a production site for goods such as vaccines and that efforts are being made to get manufacturers to invest in the region.

“We have to decentralise and we have asked the manufacturers to invest more in developing countries and emerging markets so that we can also produce,” she said during a panel discussion organised by the Central Bank of Barbados (CBB).

The discussion was on the topic “how trade can be used to address challenges related to public health, climate change, and food security” and included the President of the Barbados-based Caribbean Development Bank (CDB), Dr. Gene Leon.

“I don’t see why we don’t have a production centre in the Caribbean for example,” she said, noting that the region could be used to develop the vaccine used in treating the coronavirus (COVID-19) pandemic that has killed and infected millions of people globally as well as a therapeutic diagnostic centre.

“Why can’t we have centre here? So we have been working with them to establish in Africa and I am very proud to say the African presidents have also been working hard and this is having an impact”.

She said that developing countries like those in the Caribbean also needs to do much better on the issue of intellectual property and patent rights.

“Of course everybody knows it is at the WTO the agreement was signed on access to patents for these vaccines and medical counter measures, therapeutic and so on. Now we have two schools of thought at the WTO among our 164 members, over a 100 developing countries and emerging markets want to have a waiver so that they can have access to the intellectual property rights to manufacture the vaccines.

“There are others who feel no 9and) this would disincentive research and production so we don’t agree,” she said, adding that as the WTO director general, she can’t take sides.

“I think we need to save lives, it is as simple as that. I believe all WTO members want that. But we need to have a compromise….so we can have better access to intellectual property whilst not disincentivising research and production.

“Dose that solution exist, the answer is absolutely and we are working on it right now,” she said, noting that in the Caribbean there are strong skills and literacy rates.

“If you look across the region, one of the things you do have is human resources, human capital and you need an eco-system to be able to manufacture these vaccines and part of that is an eco-system of knowledge and given the base you have in those skills, human capital, I think this is one advantage”.

“This is something the region needs to look at and build upon it . Here you have got medical…in most of the Caribbean countries you have got overseas medical facilities, so you do have the possibility to do that,” the WTO official added.

In his contribution Leon said the region “did very well in the case of a crisis” making reference to the joint procurement efforts of the Caribbean in acquiring the vaccines and personal protective equipment (PPE).

“So in a sense we demonstrated we have the means to coordinate, means to bring together and pool resources in a regional space beyond national boundaries as a means of getting over the crisis that we faced.

“What we need is to be able to flip this. We do not have to wait for another crisis and we don’t need to be in fire fighting mode, but we need to have a structured planning whereby we can set the stage to overcome physical boundaries, recognise our comparative advantage or absence of comparative disadvantage in the promotion of knowledge.”

The St. Lucian-born economist said it then could provide the foundation “where we can be competitive either in one segment of the promotion of pharmaceuticals, diagnosis or therapeutic and see that the region can be a natural hub where you can in principle able to be a net exporter of capital in that particular space.

“The room is there we have done some of this, but we just need to take it to the next level,” the CDB president said.

Earlier, Okonjo-Iweala said rules governing trade, particularly in the crisis, could be much better.

“I would like to see us at the WTO agree to a set of rules so that in a future pandemic we don’t have to debate issues anymore, but automatically some modalities for being part of the solution will automatically kick in”

She noted that on the issue of export restrictions and prohibitions, “people have to realise that the manufacture of medical goods and vaccines in particular is enormously complicated.

“It is a very complicated supply chain,” she said noting that to manufacture the Pfizer and Moderna vaccines “you need 280 components from manufacture to delivery into jabs into arms”.

She said the vaccines are manufactured in 19 countries at 87 sites.

“What does this mean? It means if a country that is part of the global supply chain puts in an export restriction or prohibition, it effectively holds up the production,” she said, noting that the WTO has to make sure supply chains work.

“If they don’t work then we cannot move. For instance, the US using the Defence production Act restricted the flow of inputs to other countries…and let’s say to India, which is the global manufacturing capital of the world, it affected production and that we could not get the volume of vaccines we needed”.