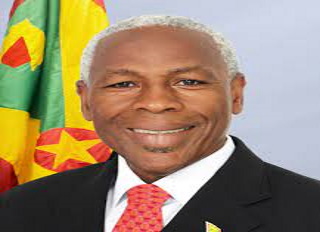 In a December 20 letter sent to GBN, the law firm Nigel D. Stewart & Associates, said that the television station broadcast the news item on October 27 21 and on its social media page the following day.

The lawyers contend that the station aired the item relating to increase in electricity rates based on a  news conference given by Bowen, who is also the Minister of Finance, Economic Development, and Energy.

But the lawyers said that the report “alleged and broadcast words which implicitly stated, that our client during his presentation at the said press conference, stated that consumers of electricity will not enjoy any relief or witness any decrease in electricity rates, until the year 2030.

“The reference to the year 2030, was preceded by our client predicting that such year is when 100 per cent renewable energy, will be expected to be realized and was not a timeline for the reduction in electricity rates”.

In their pre-action protocol letter, the lawyers call on GBN to issue a public apology to Bowen “to be drafted by our office, appropriately retracting the offending words, to be published on GBN’s nightly news programme”.

In addition, they are also calling on GBN to give an undertaking not to broadcast “the same or similar allegations in the future” as well as GBN agreeing to pay EC$250,000 in appropriate damages.

GBN has been given seven days to respond to the per action protocol letter, which also calls on the broadcast company to pay the legal fees incurred as a result.