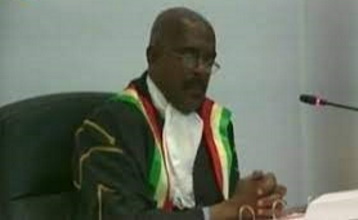 ST. GEORGE’S, Grenada, Dec 17, CMC – Senate President Chester Humphrey is urging members of the Upper House of Parliament to take the lead in overseeing changes to the existing laws regarding sexual crimes against minors in Grenada.

“You don’t have to wait on the government, you members can bring a private members bill, there has been no sanction against that judicial officer for failing so blatantly and administering justice as is necessary,” Humphrey said, as the Senate ended debate on the 2022 national budget.

Humphrey made reference to a situation dating back to 2019, when Treverson Roberts, who held dual United States and Grenadian citizenship, was fined EC$1500 (One EC dollar=US$0.37 cents) after pleading guilty in a magistrate to indecent assault of a five-year-old.

The Senate president said such a sentence could result in other families being engaged in jungle law when their children become victims of these offenses.

“When these kinds of things happen it promotes the law of the jungle because it can lead citizens to believe I am not waiting on the court for justice, I will take justice in my own hands, when judicial officers behave that wait,” Humphrey said.

“This is not a case where there is some technicality and you could not determine where the truth was, the accused pleaded guilty and yet was allowed to walk free,” said Humphrey who reminded lawmakers about actions that were taken to criminals in the colonial era.

Besides the fine, Roberts was also ordered to give the family of the child EC$600 as compensation for medical expenses. The maximum sentence for the charge of indecent assault in Grenada is five years imprisonment.

Following the sentence, the Police appealed the leniency of the sentence, and the matter is currently before the OECS Court of Appeal.

Earlier this week, Roberts faces a maximum of 30 years in prison after he pleaded guilty in the Eastern District of New York to sexually assaulting the five-year-old child in Grenada.

According to court documents, holds dual United States and Grenadian citizen, forced the five-year-old boy to perform oral sex on him while the boy was temporarily left in Roberts’ care.

Roberts pleaded guilty to engaging in illicit sexual conduct with a minor in a foreign place and faces a maximum sentence of 30 years in prison. A federal district court judge will determine any sentence after considering the U.S. Sentencing Guidelines and other statutory factors.