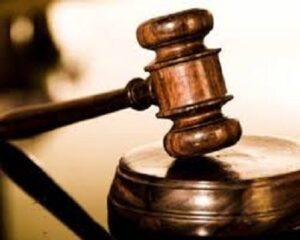 GEORGETOWN, Guyana, Jan 24, CMC – The  Customs Anti-Narcotics Unit (CANU) says a 56-year old engineer from the Dominican Republic has been jailed for four years and fined GUY$14.4 million (One Guyana dollar=US$0.004 cents) after he pleaded guilty to being in possession of 16 kilogrammes of marijuana aboard the Panamanian-registered cement vessel, Diego, earlier this month.

CANU said Fredy Diaz Cabrera, who is not employed on the ship, has a relationship with his co-accused 29-year old Epiphany Mc Lennon, a local vendor, who pleaded not guilty to the charge.

Mc Lennon and another accused, 45-year-old Eustace Rodrigues, a painter, have been remanded int custody until their next court appearance on February 25.

Cabrera admitted to the offence of being in possession of narcotics for the purpose of trafficking aboard MV Diego on January 19, 2022 at the Guyana National Industrial Company Incorporated.

CANU said its special agents found 14 taped parcels of marijuana and arrested the 18 crewmen and a security officer of the Guyana National Industrial Corporation Limited.

But it said that under caution Mc Lennon and Cabrera, who is resident here, made oral statements accepting ownership of the narcotics and named Rodrigues as their accomplice.