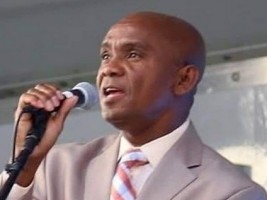 PORT AU PRINCE, Haiti, Feb 7, CMC – The abductors of Pastor Lochard Rémy, a popular evangelical singer, are demanding a two million dollar ransom for his release, according to his wife, Yolie Rémy.

She told local media that the kidnappers, said to be members of the notorious gang, “400 Mawozo,” had made the demand less than 24 hours after abduction of her husband as he made his way to the God Eben Etzer Church for Sunday worship.

The kidnapping is the latest by gangs targeting pastors in this French-speaking Caribbean Community (CARICOM) country where kidnappings have become a source of income for criminal gangs.

In recent months, several partos have either been killed or released after they were abducted.

On January 21, this year, Pastor Mathieu Chériné, one of the leaders of the Mahalaleel Church in Delmas, was shot several times  and killed while trying to escape his captors.

Gunmen dressed up as members of the National Police of Haiti (PNH) kidnapped Pastor Jean Mary Ferrer Michel in front of the Jesus Center Church of Delmas 29, as well as two other people who were accompanying him.