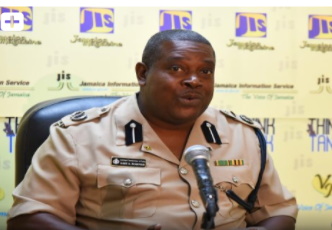 KINGSTON, Jamaica, Dec 15, CMC – The Jamaica Constabulary Force (JCF) says it has granted no permits for the hosting of parties during the Christmas season as the island continues t with its efforts aimed at curbing the spread of the coronavirus (COVID-19)  that has killed 2, 429 people and infected 91, 843 others since March last year.

“At this particular time, we are not issuing any permits for persons to host parties to be together and before you know it, by next year, we are in problems as it relates to our health status,” said Assistant Commissioner of Police (ACP) Gary McKenzie.

The head of the JCF Public Safety and Traffic Enforcement Branch (PSTEB)  said that the JCF will be strictly enforcing the Disaster Risk Management Act (DRMA), especially where the gathering of persons is concerned.

Under the DRMA, the general public gathering limit remains at 10 persons. The limit on the number of persons in attendance at a place of worship remains at 100, however, no crusades, conferences or conventions are permitted.

McKenzie, speaking at a Jamaica Information Service (JIS) Think Tank, said that anyone who breaches the gathering limit will be charged.

“We will be very serious about it; we will be enforcing the DRMA. We will be arresting persons, we will be seizing the equipment that are used to set up these parties and events that are unlawful,” he noted.

McKenzie said that the JCF anticipates the full cooperation of citizens as it seeks to ensure that all Jamaicans enjoy a safe Christmas.