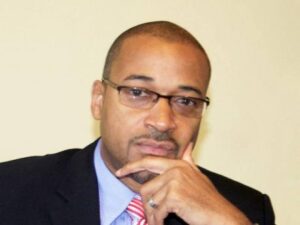 KINGSTON, Jamaica, Dec. 18, CMC – A Jamaican has been appointed to one of the top posts within the United Nations.

He is Ambassador Courtenay Rattray, is now the Chief of Staff to UN Secretary General António Guterres.

A news release from the UN said Guterres expressed his profound appreciation to Ribeiro Viotti, saying that he particularly admires her exemplary leadership in steering the work of the United Nations through some of the greatest tests in the organisation’s history, including the novel coronavirus pandemic, a potentially crippling financial crisis and one of the organisation’s biggest internal reforms.

“Her vision, sound judgement and unmatched integrity inspired and shaped the United Nations and will leave a positive impact on the organisation for the years to come,” Guterres said.

Rattray has been the High Representative for the Least Developed Countries, Landlocked Developing Countries and Small Island Developing States since July 2021.