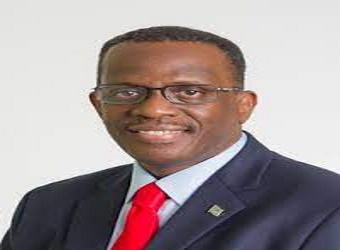 CASTRIES, St. Lucia, Jun 17, CMC – Prime Minister Phillip J. Pierre is in Barbados on Friday holding talks with officials of the Regional Security System (RSS) “to explore avenues for cooperation on crime management in St. Lucia,” according to a government statement issued here.

It said that Pierre, who was in the Turks and Caicos Islands attending the 52nd board of governors meeting of the Barbados-based Caribbean Development Bank (CDB) “ remains committed to ensuring citizen safety and indicated that particularly violent crime caused by illegal firearms over the past years must be tackled scientifically and as a public health concern”

The statement said that the timely prosecution and just punishment of crime will also be utilised to signal the government’s intent on protecting citizens, communities and the reputation of the island.

The government has indicated that it will introduce legislation to Parliament in July “for stiffer penalties for illegal firearm and ammunition possession and expects bipartisan support from the Opposition on this proposed Bill to equip the Judiciary with the legal tools to put away perpetrators”.

The statement said that the Swift Justice Project is also expected to come on stream and will be geared towards reducing the backlog of criminal cases by increasing technical and administrative support to the Criminal High Court.

It said that the government has reinstated the training budget to the Royal St. Lucia Police Force (RSLPF) and will continue to provide the necessary resources recommended by the police high command.

Last year, the island recorded 74 murders and in recent weeks, the authorities have had to deal with an increase in gun-related crimes, mainly in the south of the island.