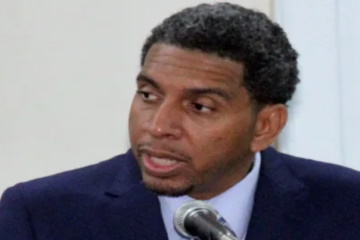 KINGSTOWN, St. Vincent, Dec 14, CMC – Parliament, on Tuesday, approved an EC$1.3 billion (One EC dollar=US$0.37 cents) package of estimates of revenue and expenditure for the 2022 fiscal year, even as the Opposition Leader Dr. Godwin Friday accused the St. Vincent and the Grenadines government of an “old trick” of presenting a large budget “and not specifically indicating how it’s going to be funded”.

Finance Minister Camilo Gonsalves presented the estimates, which is a 9.6 per cent  increase over the approved budget for 2021, which did not include the volcano eruption-related appropriations of EC$117.9 million that was passed later in the year.

Gonsalves will present the fiscal package to Parliament on January 3 next year.

The 2022 budget consists of recurrent expenditure, inclusive of amortisation and sinking fund contributions of EC$931.8 million and capital expenditure of ECEC$397.4 million.

Gonsalves told legislators that financing for the budget is expected to come from current revenue of EC$677.5 million and capital receipts totalling EC$651.8 million.

He said revenue from tax sources is expected to contribute EC$582.5 million to the Consolidated Fund, while non-tax revenue is estimated to gross EC$95 million.

Non-tax revenue collection is estimated at EC$95 million, an amount that is 1.7 per cent more than the amount budgeted in 2021.

Gonsalves said that the amount in the 2022 budget under non-tax revenue is expected to come mainly from sales of goods and services, which is projected to generate EC$75.7 million in revenue — EC$0.7 million more than the amount collected in 2021.

Revenue from non-tax sources is also expected to come from inflows from other miscellaneous sources, totalling EC$2.1 million.

Gonsalves told Parliament that the total estimated recurrent expenditure, inclusive of amortisation and sinking fund contributions, is EC$931.9 million or EC$36.7 million above the amount budgeted in 2021.

Gonsalves said that the Public Sector Investment Programme (PSIP) for 2022 will result in the government continuing “to build upon earlier efforts aimed at improving the resilience of our public infrastructure as a small island developing state and the resilience of vulnerable populations in our country to the vagaries of climate change, and other external shocks and hazards”.

He said the short term benefits from the PSIP include employment contracts and other knock on effects of project spending throughout the economy.

“For this reason, this 2022 budget. Increased attention will be paid to the important economic sectors of tourism, construction and agriculture, as these sectors are scheduled to receive targeted interventions aimed at stimulating growth,” Gonsalves told Parliament.

But in his presentation, Friday said every year “we come to this Honourable House … with essentially the same overall structural problem with the estimates.

“And when we raise this issue, members on the other side, they say, ‘Well, you said that last year and you say the year before’, as if to say if you have a problem and you raise the matter and it’s not addressed, that you should just forget about it.”

Friday said he would further address the issue during the budget debate in January.

“The matter that we have here is basically the old trick of creating a large budget and not specifically indicating how it’s going to be funded.  And we raised this all the time, because if you’re honest in the presentation of various programmes that the government intends to implement, various sources of revenue that they intend to tap into, then we need to be able to say exactly where it’s coming from. “

But he said the budget has to balance, adding, “no self-respecting Minister of Finance could come to this Honourable House and say we’re going to spend EC$10, but we only have five.

Friday said it is either the government raises the money needed to finance the budget  or somebody is going to have to go without.

“And I want the minister to explain the raising of the money, I hope we can raise the money. This economy can do with a boost. People are feeling pain. They need hope. They don’t need mirages. They need honesty so that they know what they’re facing going forward,” the opposition leader told Parliament.