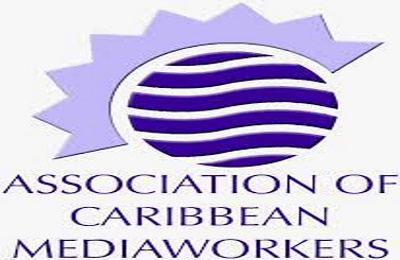 PARAMARIBO, Suriname, Dec 15, CMC – The Association of Caribbean Media Workers (ACM) Wednesday expressed “solidarity” with the Surinamese journalist, Jason Pinas, who it said had been assaulted in the course of the performance of his duties outside the National Assembly on Tuesday.

It also called on Vice President Ronnie Brunswijk to issue an open apology to the journalist over the incident.

In a statement, the regional media organisation umbrella, said that it also stands “in full support with the Association of Surinamese Journalists (ASJ) on this matter.

“The use of the State’s security apparatus against a journalist in this instance is woefully inappropriate and must be condemned. The action by the bodyguards of Vice President Ronnie Brunswijk must be called into question on the basis of what threat did Mr. Pinas pose to the public official.

“This type of action goes back to a dark militaristic era in Suriname that must not be allowed to raise its ugly head again as this can be rightfully construed as an elected dictatorship,” the ACM said.

In a separate statement, the ASJ said it was “shocked, outraged, but above all deeply disappointed and horrified” at the situation involving the journalist, adding that “democracy in Suriname (on) December 14, 2021, has been trampled underfoot by the dastardly beating of journalist Jason Pinas at the House of Democracy, The National Assembly (DNA), by the authorities”

The SAJ said that freedom of the press is an important pillar of any democratic constitutional state and is internationally regulated and recognized as such.

“The Surinamese society has already experienced violation of this freedom, resulting in the death of five journalists, which was recently condemned by the legal system,” the SAJ said, noting that Brunswijk “and/or his bodyguards, have used violence or threatened journalists.

“However, the brutal and dastardly manner in which Pinas has dealt with at the building of DNA goes far beyond the limits of what is permissible.”

The ASJ said that it has also taken note of the statement made by the Vice President in the Parliament in response to the incident, and the way in which the matter was handled by the chairman of the National Assembly, Marinus Bee

“The ASJ speaks of a very worrying situation, in which both the government and parliament have put democracy under serious pressure. After meeting with its members, the ASJ will inform the international community and multilateral organizations represented in Suriname, about the dastardly acts of violence from the Surinamese authorities against the press and how the National Assembly (parliament) has dealt with this matter. We have reached a very low point of Press Freedom,” it added.

The ACM said that it was calling on “Brunswijk to publicly apologise to Mr. Pinas,” adding “If he fails to do so, then we call on President Chandrikapersad Santokhi to sanction Mr. Brunswijk.

“The ACM also calls for the return of Mr. Jason Pinas’s cellular phone. As a journalist, he has an inalienable right to confidentiality of sources and this must not be seen to be violated in any form,” the regional group said.

Meanwhile, the political party, Brotherhood and Unity in Politics(BEP) in a statement said that it was “horrified” at the “cowardly assault” of the journalist by Brunswijk’s security, adding “this excessively violent approach by the journalist in question can be categorized as an outright attack on press freedom.

“Governments in a self-respecting democracy should therefore recognize not only the social role of the press, but above all the freedom of journalists to do their work unhindered. Indeed, the press is one of the important pillars of a democracy and fulfills the role of providing information in such a way that both the citizenry and the government can benefit from it.”

The BEP said that the incident comes just four days after it called on the government to guarantee human rights when Suriname joined the international community in observing the occasion on December 10.

“And now this act of violence comes from the security people of the vice president, except for the president, the highest government authority in Suriname. Incidentally, this attack also puts a blot on Suriname’s improved position on the press freedom barometer of the authoritative international organization Journalists Without Borders. Suriname jumped from 20th to 19th place this year, making it the highest place ever. “

The party said that it wished Pinas “ a speedy recovery” and that it was encouraging “the free press not to be deterred by this incident and to continue in full its role as a watchdog in the democratic constitutional state”.