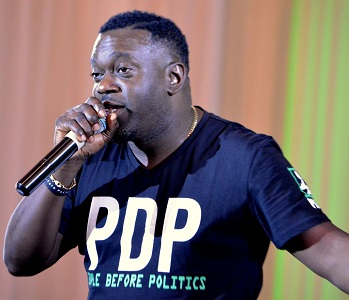 PORT OF SPAIN, Trinidad, Dec 17, CMC – Attorney General Faris Al- Rawi is seeking clarification from the High Court as to whether or not trade unionist Watson Duke, who has “offered” to resign as president of the Public Servic Association (PSA) can still hold on to his position as Deputy Chief secretary of the Tobago House of Assembly (THA).

Duke, was among 14 successful candidates of the Progressive Democratic Patriots (PDP) that won the THA and was sworn into office last week.

But Al-Rawi had written to the Chief Secretary, Farley Augustin indicating that Duke could not hold both positions at the same time and, while Augustin has not indicated whether or not he had responded to the letter, he told reporters that he would not be seeking advice from Trinidad.

In his fixed date claim form, the Attorney General said he is seeking an interpretation of section 16(8) of the Tobago House of Assembly Act, Chap. 25:03 (THA Act).

“The circumstances giving rise to this Application are the appointment of Mr. Watson Duke as Deputy Chief Secretary of the Tobago House of Assembly (THA) whilst at the same time serving as Chairman of the Public Service Association (PSA) and a member of the Registration Recognition and Certification Board (RRCB) for which he is in receipt of remuneration,” according to a statement from the Office of the Attorney General.

“The Office of the Attorney General has had inquiries from both the RRCB and from the Chief Personnel Officer regarding the status of Mr. Duke as President of the PSA which is the recognized majority Union for Public Sector workers. Before filing the Application, the Attorney General and Minister of Legal Affairs received advice from several members of the Senior Bar, who all agreed that there was an issue to be decided by the Court regarding Mr. Duke’s appointment to the Executive Council of the THA and his participation for remuneration in other bodies.”

The Attorney general said that the application before the Court “does not seek to unseat the election of any person to the Assembly or to the Executive Council of the THA.

“It merely seeks to clarify the law in the THA Act, as well as the Integrity in Public Life Act, Chap. 22:01, regarding the prohibition against a Secretary of the THA and a person in public life, engaging in activities which would be in conflict with his duties as a Secretary.

“The approach of requesting the court’s clarification of the law will redound to the benefit and best interest of the citizens of Trinidad and Tobago. The court’s ultimate ruling will certainly assist in the maintenance of confidence in the THA and will avoid unwanted challenges that may be taken against any and/or all actions and/or decisions taken and/or made by the Executive Council thereby ensuring transparency and protecting against challenges of unlawfulness,” the statement added.

Duke has “offered” to resign from the PSA at the end of this year.