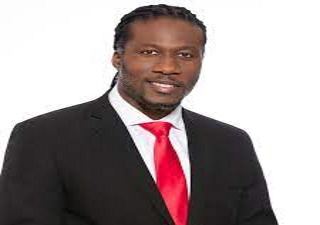 PORT OF SPAIN, Trinidad, Dec 17, CMC – A High Court judge Friday ordered the Guardian Media Limited (GML) to pay TT$325,000 (One TT dollar=US$0.16 cents) in damages to a government legislator, warning that gossip ought not to be the foundation upon which news is premised.

“Sadly and notwithstanding the billions spent on education, this society’s appetite for salacious stories is significant and it is fuelled, unabated, by the media,” Justice Frank Seepersad said as he rule in favour of the Minister in the Ministry of Housing, Adrian Leonce, after he had been portrayed in a newspaper article as a wife-beater.

“In an era where occurrences and developments reach a wide audience almost instantly via social media platforms, traditional media houses should understand that their continued relevance will depend on their ability to publish verified, reliable and accurate information,” the judge said.

Leonce and his wife, Karen-Lee Bethelmy-Leonce, a teacher, had claimed in their defamation suit against the GML and reporter, Renuka Singh, that the article published in the Trinidad Guardian newspaper on October 8, 2018, had defamed them.

The article in question related to injuries Leonce’s wife had suffered on August 30, 2018, in an accident at her home when she slipped and fell. The judge dismissed the wife’s claim for breach of confidence and misuse of private medical information.

In his ruling, Justice Seepersad said regrettably, the local society was divisive and the “ill-advised, unjustified and reckless inclusion” of statements by Leonce about rumours of domestic violence “played into a narrative of ‘another dysfunctional black family.

“This portrayal was irresponsible and the court feels compelled to register its dismay and disapproval that such an exemplary family was brought into ridicule.”

The judge said that it is accepted that in a modern democracy, journalists are entrusted with the professional obligation to impart information on matters of public interest as they can unearth and publicise information which can lead public officials to be held to account for their actions and decisions.

But he said, not everything in which the public may have an interest can satisfy the “public-interest” aspect of the defence available to the media.

“The public may be interested in issues, situations or occurrences which may be entertaining or salacious but which are devoid of any element of national significance. In this regard, the media have for too long genuflected to the generation of finances by publishing articles that contain puerile, sensational, sensual or personal information which has no real public interest aspect or element.

“It is the duty of media practitioners, acting responsibly and without biases, to judge where the line should be drawn. Generally, matters should fall under the rubric of public interest where they relate to the public functions and /or the conduct or contributions of those who form an integral part of the social framework and whose activities or actions benefit or impact upon members of the society.”

Justice Seepersad noted that after the reporter’s exchanges with Leonce, she should have realised there was no car accident and should have viewed her source’s information with suspicion and caution.

The judge said as a responsible journalist, Singh should have pursued further verification of the incident by trying to speak with the wife of the government legislator, since she had no documentary evidence, hospital records or a police report, to suggest she had been the victim of domestic violence.

Justice Seepersad said there was the possibility that the article conveyed to readers that Bethelmy-Leonce was a victim of violence at the hands of her husband, noting “the combination of words clearly conveyed a meaning to the minds of the readers that there was ‘more in the mortar than the pestle’ and that domestic abuse seemed to be behind her injuries.

“If the first claimant had committed an act of domestic violence, it is logical to expect that right-thinking members of a society which values its women, would not say that ‘the second claimant didn’t choose her man wisely’ but they would condemn the acts of violence and demand that the perpetrator is held to account.

“It is therefore obvious that a story which suggested that a government minister was possibly guilty of domestic violence was a ‘news item’ which would sell like ‘hot hops’ and generate increased readership and revenue,” Justice Seepersad said, noting that he found the media report failed to adhere to the standards of responsible journalism.

“These insinuations were inserted without justifiable foundation and possibly altered the public’s perception of an upstanding professional couple who seemed to be admirably balancing service to country and devotion to family,” the judge said.