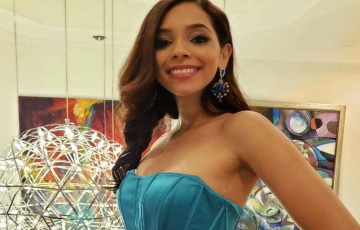 The announcement comes one day after health officials in Puerto Rico confirmed that at least 17 candidates and personnel had tested positive for the virus.

A statement issued by the Miss World T&T , said the positive result came as she was getting ready to depart the San Juan Hyatt Regency Grand Reserve in Puerto Rico on Thursday.’

It said that Brandt had been assessed by medical personnel and is doing well, and remains in quarantine.

“The team for Miss World T&T would like to extend their sincere gratitude for the overwhelming support shown over the past months for Jeanine Brandt”, the statement read.

In its statement announcing the the postponement of the event, the organisers said “after meeting with the virologists and medical experts hired to oversee the Miss World 2021 event, and discussing with the Puerto Rico Health Department, the decision has been made by the organisers of the event to postpone the globally broadcast finale…”

It said that while “additional safety measures were implemented in the best interest of the contestants, production team and spectators, understanding the event increased risks on the stage and in the dressing room”.

It said once additional cases were confirmed, the decision to postpone the event was made.

“The next step, according to the medical experts, is immediate quarantine, pending observation and further testing according to best practices in situations like this. Once and only when contestants and staff are cleared by health officials and advisers, will contestants and related staff return to their home countries.”